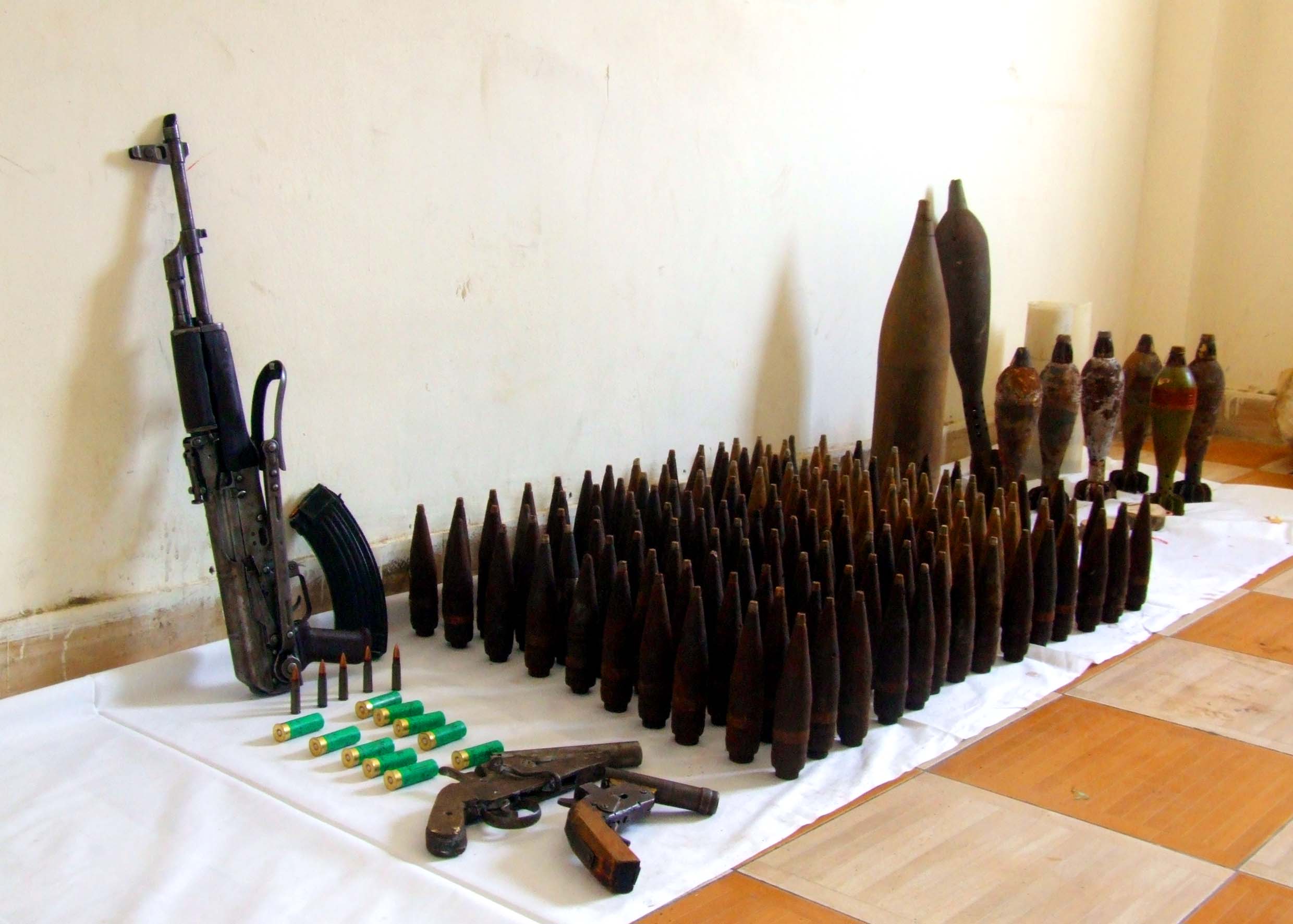 Suez police have discovered a stash of weapons in a cemetery, which they displayed publicly Monday. The police had followed a man to the stash, however he escaped.

The stash was discovered in a cemetery in the neighbourhood of Al-Arbaeen at around 6am on Monday. The director of the criminal investigation department (CID), Brigadier Sami Azzazy, received information that the cemetery was being used to hide illicit goods.

Following the tip off, Major General Adel Reffat sent Azzazy to the cemetery with an undercover investigation unit.

According to a police source, a man carrying boxes was followed to the cemetery and led the police to the weapons stash. The man managed to escape the scene with the police in pursuit.

The weapons stash consisted of an automatic rifle, pistols, rocket propelled grenades, explosives and a number of rockets approximately half a metre in length.

Suez is on the route of a notorious weapons smuggling route to the Sinai Peninsula.

An ammunition shipment worth EGP 20 million was intercepted by police at the end of November. The shipment was believed to have been smuggled to Egypt across the Libyan border.

Weapons smuggling is rife in the Sinai Peninsula. Last Friday security officials announced the seizure of US-made missiles which they believe were headed for the Gaza strip.