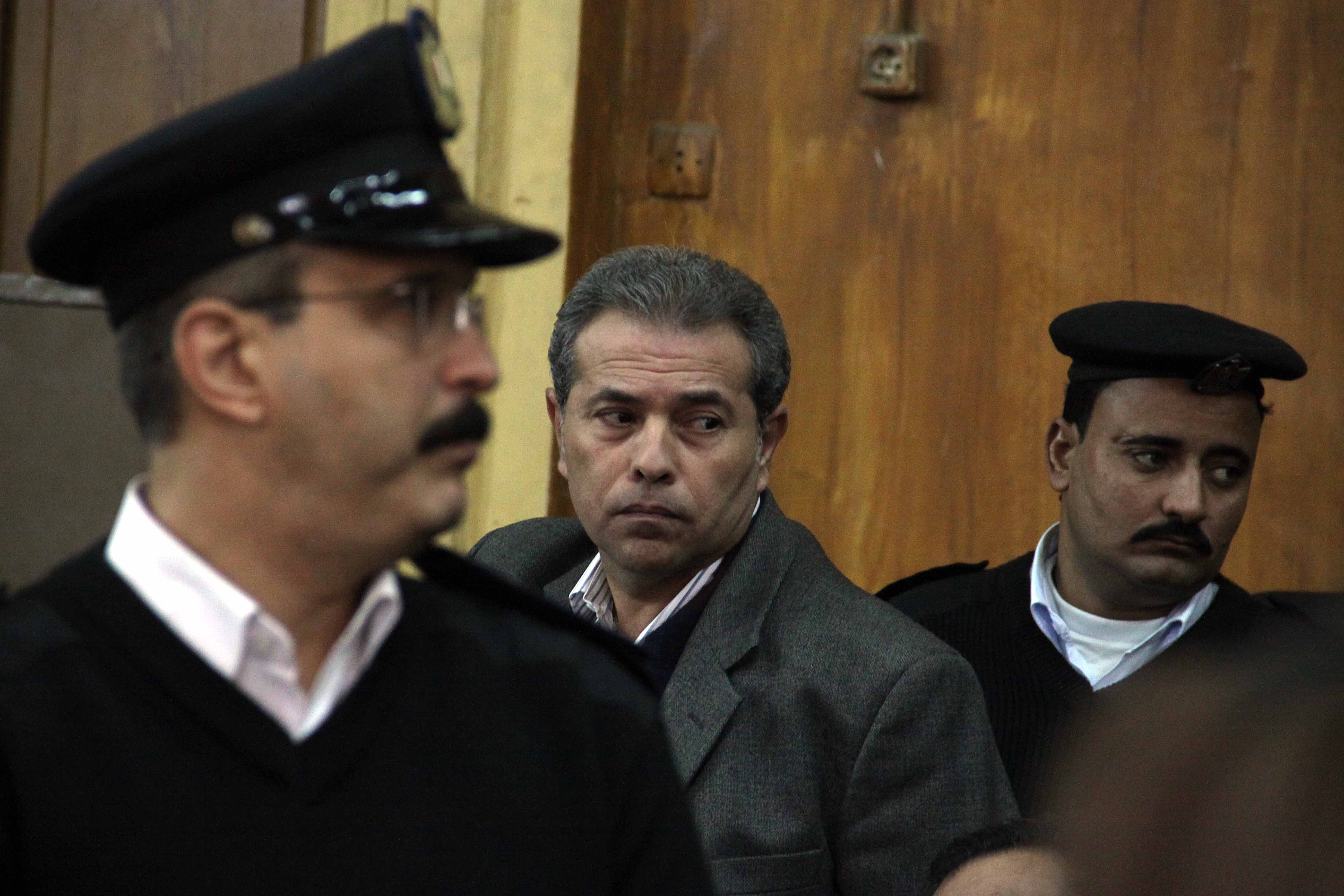 The court analysed clips from Okasha’s television show Egypt Today and concluded that the charges against him were unfounded.

The courts concluded that several of the videos used as evidence against him were made after the charges were laid and that the production dates of the videos were uncertain.

According to the original complaint, Okasha had called for Morsy’s assassination on his channel which was subsequently shut down. Okasha had also called on Egyptians to protest against the president last August, which the lawyers that filed the complaint saw as a violation of the law.

Okasha supporters present at the verdict were elated as he left the court a free man.

Okasha’s verdict is seen by his supporters as a victory for justice and the rule of law, but the number of cases brought against citizens for insulting the president since Morsy has come to power illustrates the government’s intolerance of criticism.

Satirist Bassem Youssef is facing a lawsuit for insulting the president on his television show, as are television anchor Mahmoud Saad and psychiatrist Manal Omar for comments made on Saad’s show.

These cases were filed by individuals, not the state, but Nada Kabbary, a media officer of the Association for Freedom of Thought and Expression, said it was “common knowledge” that these lawyers were often affiliated with Islamist groups.

Despite the growing number of cases, there has yet to be a guilty verdict reached. Mohamed Fadel, a lawyer at the Egyptian Centre for Economic and Social Rights, said the outcome of a case was irrelevant as the aim was to scare people into silence.

“They want to decrease freedom of the press so they are trying to suppress anyone who disrespects the president, the government and the Muslim Brotherhood,” Fadel said. “We have international conventions regarding civil and political rights which give us the right to express our opinions.”

Fadel added that the president is a public figure and as such is not immune from criticism for his decisions. “Every time someone says something [the government and its supporters] don’t like, they are threatened with legal action and it is a threat to other people in the media because it causes people to be scared to speak their minds.”