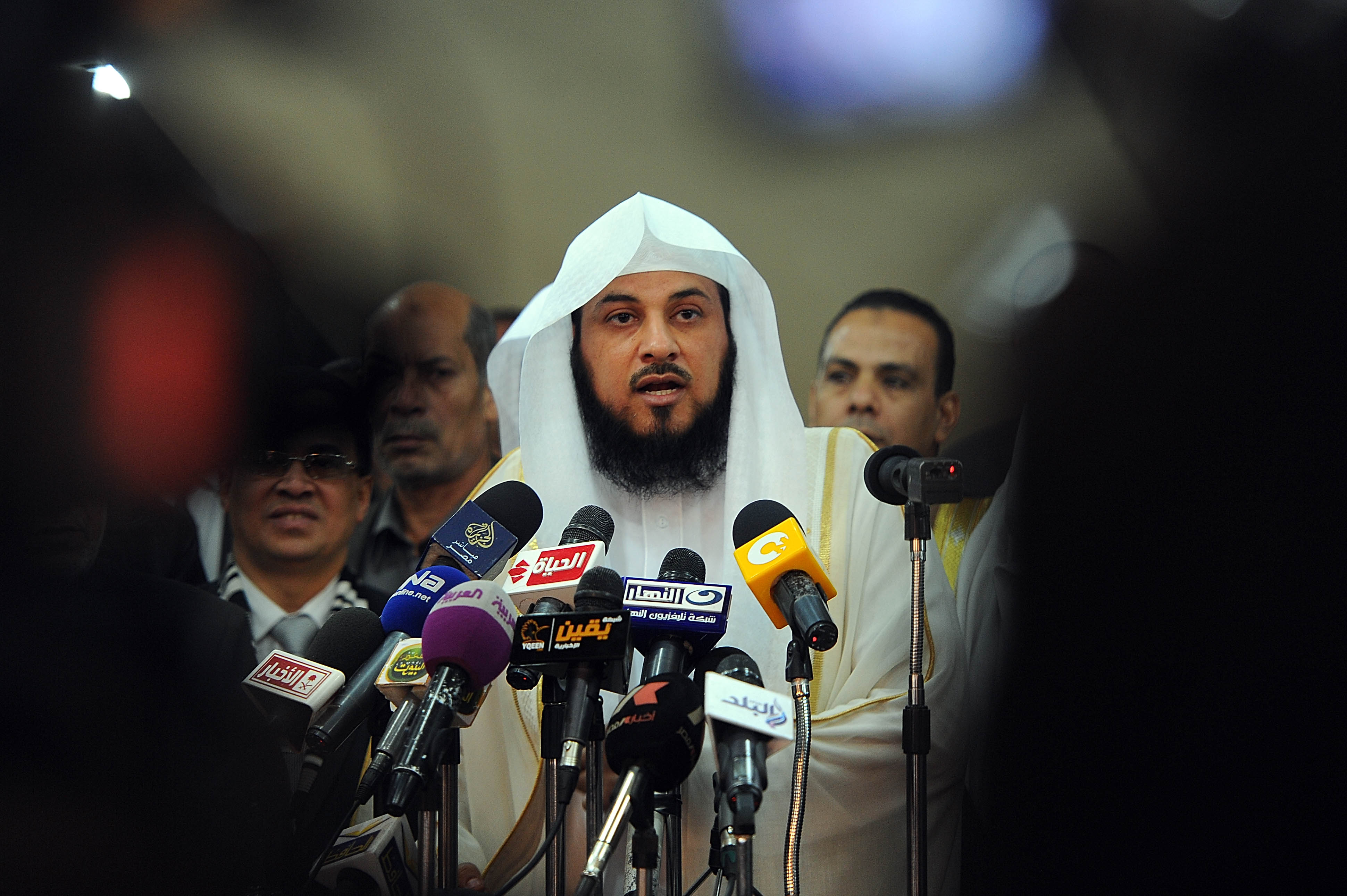 El-Oreify was invited by the Grand Imam of Al-Azhar Ahmed Al-Tayeb to give a lecture at Al-Azhar mosque and the Friday speech at Amr’s mosque.

The invitation was to express gratitude to the Saudi sheikh after he gave a speech on 14 December in Riyadh praising Egypt and its role as a leading Arab country.

El-Oreify and the delegation accompanying him were invited by Al-Tayeb to attend the conference for Sunni sheikhs and thinkers that aims to bring their ideas closer.

“If we do not make peace between the nation’s scholars, we can not pass on the tolerant message of Islam to the people,” El-Oreify said.

An important issue the conference would tackle would be the dangers of radical ideas promoted in the name of Islam; and how these ideas lead to discord and conflict between people.

El-Oreify arrived in Egypt on Monday and met with Al-Tayeb on Wednesday.

He held a press conference after meeting with the grand imam where he said that Egypt was “the cradle of Arab scientists and thinkers… only the ungrateful can deny that any development in any Arab county was built over the shoulders of an Egyptian.”

He added that instability was a normal consequence of any revolution, “but what Egypt has lost after the revolution is minimal compared to other countries because it’s a powerful leader.”

He also called on investors, especially in wealthy Arab countries to invest now in Egypt as it was a promising economic power, with its wealth of expertise and enormous human potential.

Since his arrival El-Oreify has given several lectures in different parts of the country including Mansoura and 6th of October City. He is also scheduled to give a lecture at Al-Azhar entitled Biographies of Egypt’s Scientists and Al-Azhar.

El-Oreify is a prominent Islamic preacher in Kingdom of Saudi Arabia; he is also an Assistant Professor at King Saoud’s university.