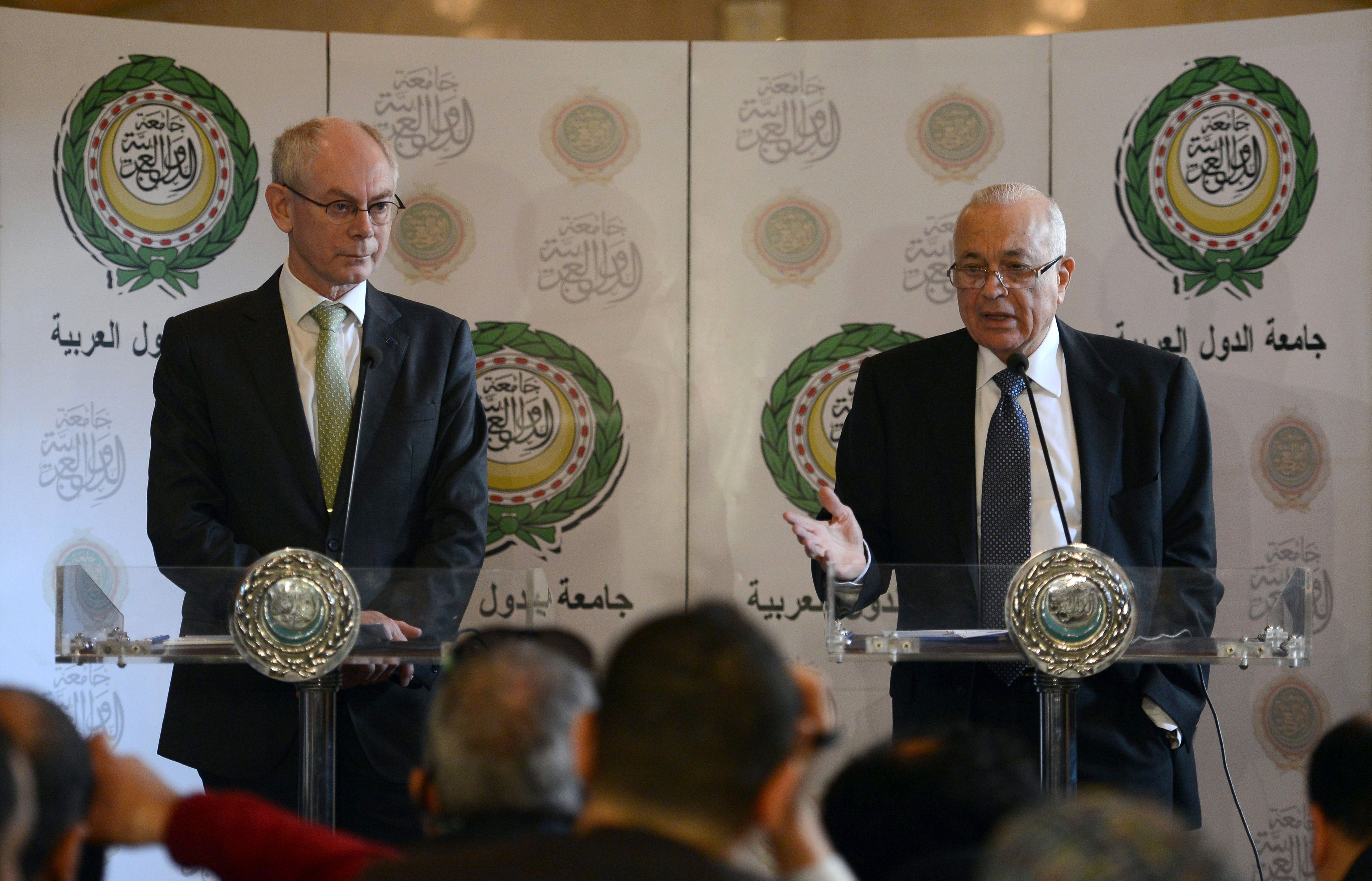 Secretary General of the Arab League Nabil Al-Araby met President of the European Council Herman Van Rompuy on Monday.
After their nearly one-hour meeting they addressed the press, confirming the strong bond between the EU and the Arab League. “The common ties between [us] are very strong,” said Al-Araby, “as witnessed after the Cairo declaration announced in November 2011 which also adopted an action plan of cooperation between the two institutions.”

He added that Monday’s meeting discussed several political issues, namely the Palestinian case. “I stressed that the Palestinian situation is the key to stability in the Middle East that will only be attained with the establishment of a Palestinian state.” Al-Araby also stressed that a new approach has to be set to reach this goal and to end “Israeli occupation and not just time-wasting agreements which allows expansion of Israeli settlements.”

They also discussed the Syrian situation and the efforts of UN Envoy to Syria Lakhdar Brahimi, “there is an urgent need to begin a new political solution and formation of a government of full executive powers as stated by the Geneva declaration in June 2011.” He also added that Brahimi will present the UN security council with a report on this regard.

Van Rompuy reiterated what Al-Aarby said, noting strong bonds with the Arab league and their concern with the Syrian situation. “The massacre has to stop. According to the UN more than 60, 000 have already died,” he said. “This is appalling and unacceptable and I have reiterated the EU’s position that President [Bashar] Assad step aside and efforts be made to an inclusive and democratic transition.”

He stressed that the EU fully supports Brahimi in his attempts to find a political solution to the crisis and added that they “welcome the creation of the Syrian of the National Coalition of the Syrian Revolutionary and Opposition forces and accepts them as the legitimate representatives of the Syrian people.”

As for the Palestinian-Israeli conflict, he commented that “now it is the time to look forward and take bold steps towards peace in the Middle East”. He stressed that it is key to re-launch direct negotiations “without pre-conditions” in order to find a lasting solution to the conflict.

Van Rompuy also expressed deep concern over the latest fights between rebels and government in Mali. “EU’s deeply concern with the actions of terrorist groups and rebels in Mali which causes a serious threat and cause much suffering,” he said. He confirmed the need to assist the Malian government regain control and advance a reconciliation process.

Van Rompuy’s meeting with Al-Araby comes after he conferred with President Mohamed Morsy on Sunday, promising aid of €5bn to Egypt in form of grants and loans “ in support of Egypt’s democratic transition.”