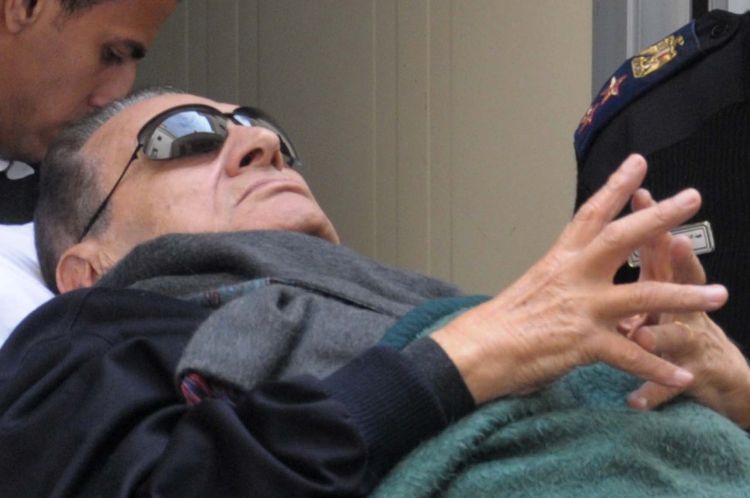 Following the decision to by the Cassation Court to retry former President Hosni Mubarak, former interior minister Habib Al-Adly and several of his aides, the Egyptian Initiative for Personal Rights (EIPR) published a report saying that the result was “an expected outcome of a flawed, disappointing trial.”

The EIPR said the retrial must avoid the mistakes made in the first trial that led to the annulment of the judgements issued, and should include new evidence. As part of the list of recommendations made by the EIPR, new defendants suspected of being involved in the killing of protesters during the revolution should be named and tried.

EIPR lawyer Hoda Nasrallah said: “The trial was disappointing from the beginning of the investigations and through the pronouncement of the judgement. Despite popular optimism that justice would be served after seeing Mubarak and his cronies behind bars in court, what we ended up seeing were superficial, negligent inquiries that did not aspire to identify the real perpetrators of the crimes.”

Nasrallah also said the original trial was flawed due to the fact that it only investigated the first seven days of the revolution and only incidents which occurred in public squares.

The primary reason the initial judgement was flawed, according to the report, is that the prosecution utilised the same judicial channels which were designed to protect the Mubarak regime. “The personnel in these institutions, their structure and the legislative framework that governs them remained unchanged,” the report said. As a result, many suspects were ignored as well as motions made by lawyers to separate the corruption charges from the murder of civilians.

The 6 April Youth Movement said that new evidence recently collected by the fact-finding committee should be included in the retrial. Mohamed Adel, the movement’s leader, said that President Mohamed Morsy and all government institutions should work to provide all evidence and recordings they may have that could be used to come to a just verdict.

The EIPR lawyer Yasmin Hossam said that there is no new evidence that has been accepted by the prosecutors yet, and if the case is based on pre-existing evidence then the result should not be any different. “If there is any new evidence which suggests that Mubarak is innocent then he may be released by the court but I think if the sentence changes it would be misjudged because it has been a long time since the trial originally took place.”

By law Mubarak cannot receive a harsher penalty than the one he has already received, but could be given a diminished sentence. Hossam said the prosecutors should collect new evidence and start again, if such evidence is available: “The trial has not been fair from the beginning. This is a political decision taken by President Morsy, which is not motivated by real justice so anything could happen.”

The EIPR report was also critical of the fact that the victims’ attorneys were not allowed to question Field Marshal Mohamed Hussein Tantawi and that the court had disregarded statements made by more than 1,300 witnesses which implicated the police in the murders.

Ahmed Yosry, a lawyer at the Hisham Mubarak Law Centre, said that although by law harsher sentences cannot be given during a retrial the fact that the Attorney General had called for a retrial means the case is revisited from the start and a death penalty could be an outcome.

“A retrial is a regular procedure when someone is found guilty and the High Court usually accepts such requests,” Yosry said, adding that as a human rights activist he was unsatisfied with the original verdict. “I think a fair punishment would have been their execution and most people involved with human rights also feel it is a fair punishment for all of them.”

If Mubarak is found innocent in the new trial, Yosry said, “there would be a new revolution.”