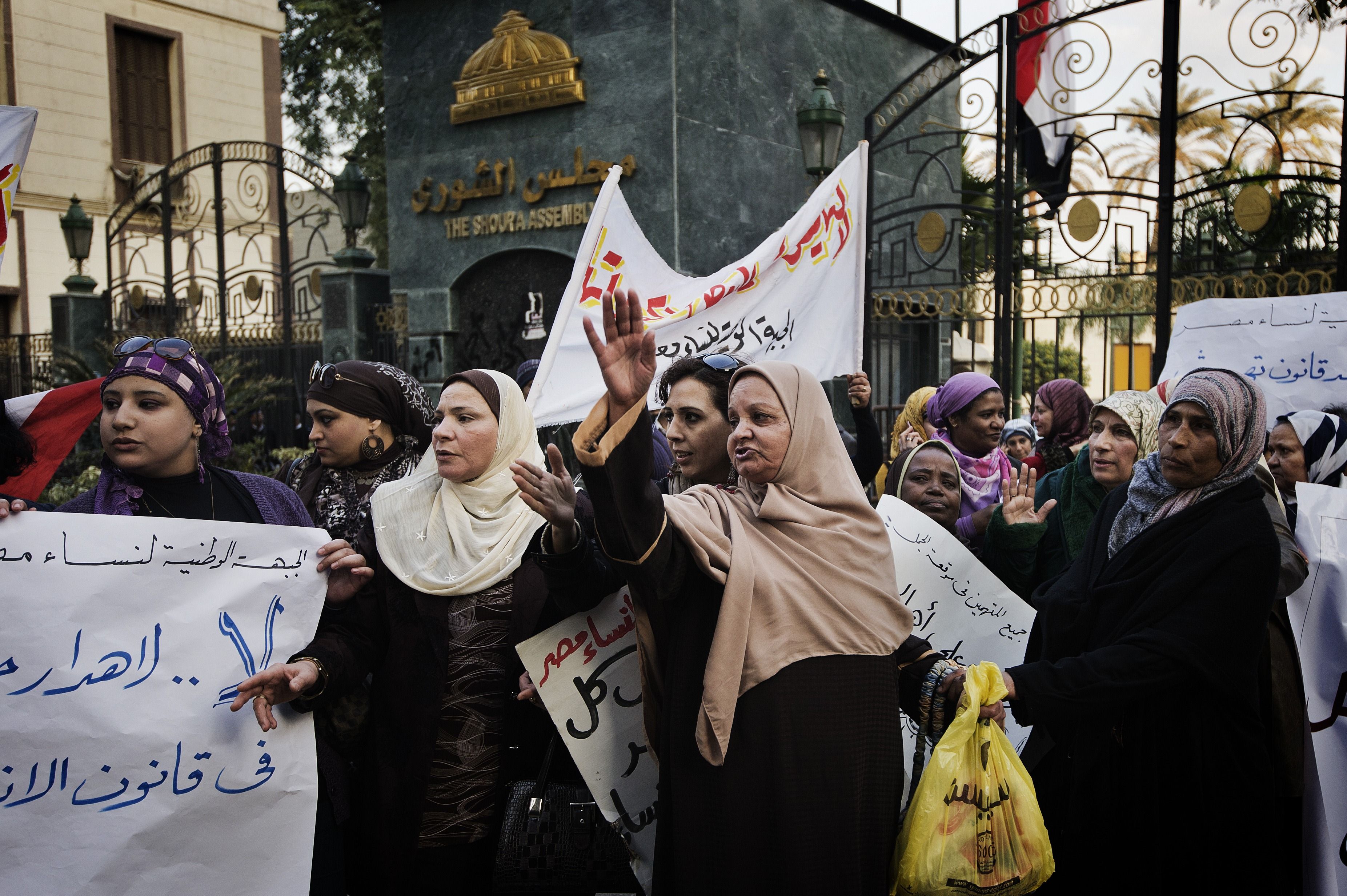 The National Front for Egypt’s Women is demanding that conditions are included in the electoral law to guarantee the fair representation of women.

The front includes 18 political parties and groups including, Al-Dostour Party, the Egyptian Social Democratic Party and the Social Popular Alliance Party. The front held a symbolic protest outside the Shura Council  and vowed to hold more protests if their demands are not met.

“The Egyptian Woman is willing to escalate,” said Doa’a Al-Agouz, one of the protesters in the small gathering.

The protesters’ demands mainly revolve around the draft electoral law, currently being discussed by the Shura Council. The law will be used to govern the upcoming House of Representatives elections.

The front rejects the draft law, describing it as a law that excludes women from political participation and a continuation of the constitution which detracts from women’s rights.

The front said on Sunday that the draft law should have stipulated that women make up at least 30% of candidates on electoral lists. The draft law had initially required electoral lists to include at least one woman placed in the top half. On Sunday, the legislative committee of the Shura Council removed that condition.

Evon Mosaad from the Maspero Youth Coalition said this issue should have been resolved in the constitution. Mosaad said that because women are half of the society, they should get half of the representation on the electoral lists. She said one woman in every list is not enough.

She added that women should be in the top three names on lists, not the first half. “The first half could mean the fourth and fifth names.”

Mona Abdel-Rady, a media official with the front, believes that the conditions of Egyptian women are deteriorating and that the political leadership is placing obstacles in women’s path towards political participation.