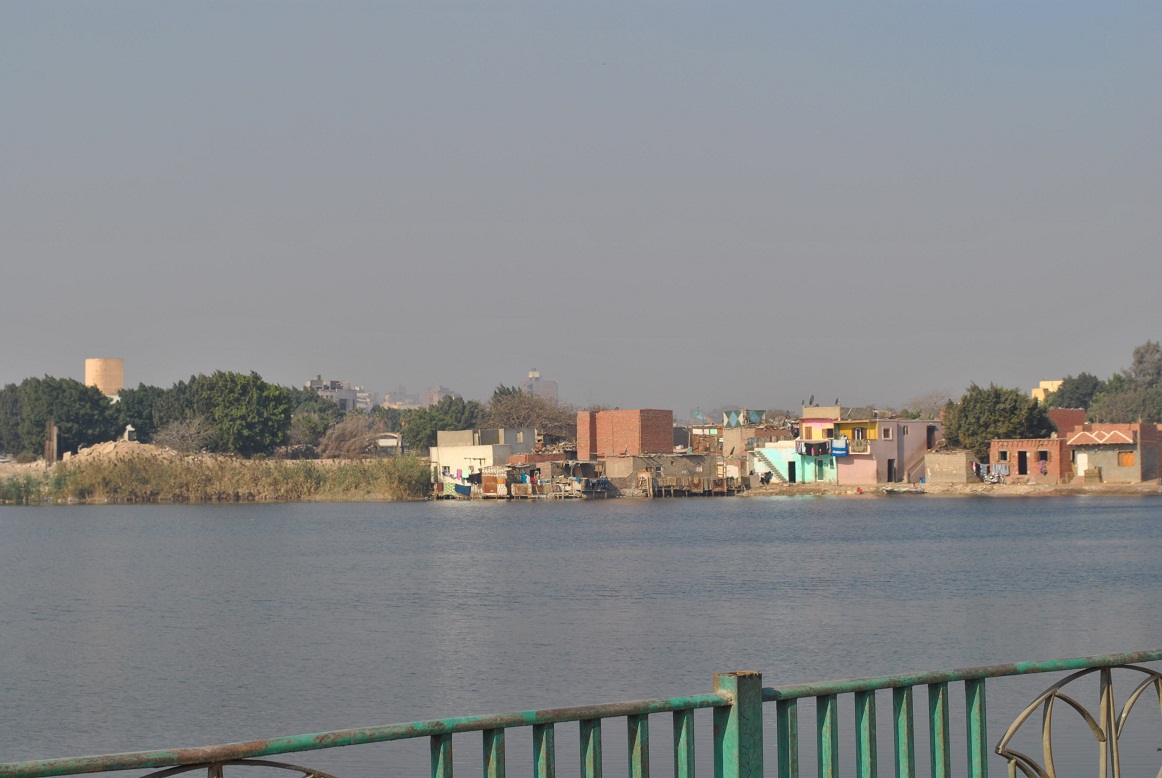 Drowned streets force cars to slow down, while a water truck tries to suck up as much water as possible before it runs into the tombs. On the other side there is the lake that used to contain pure water, rich with minerals and sulfur and was used to heal many diseases. Welcome to Ain El Seera.

The Ain Al Seera lake was formed after an earthquake in 1926 and covered 30 acres; it contained a high concentration of minerals and sulfur that attracted Egyptians and tourists who used to come and bathe in the water looking for cures for a variety of ailments.

According to Adel Yassen, the former Dean of the Institute of Environmental Studies and Research ‘’the lake used to be like a natural pool until it was mixed with sewage water in Nasser’s era.”

Years passed and the lake suffered from lack of attention by the government and slums were built on the land surrounding the lake. There were many digs and construction operations in the area, all leading to a great rise of the water level.

The rise of the lake waters does not only drown the surrounding streets, but also the tombs of Al Basaten are filled with water. According to a young man who lives in the small slum near the lake “the water ate most of the area that the slums used to have and many slums were swallowed by the lake.”

Several historical sites are under threat as well, “there is a cave that is threatened by the water that the Holy Family is believed to have been hiding in,’’ Yassen said.

Not all the residents that are left have a negative view of the lake, according to an old inhabitant from the slums “the lake is the best place for people to bathe, shower and clean their things and animals,” he said.

The lake changed from a healthy body of water into a rising tide of pollution when the residents of the slums and the construction sites dumped their waste in the water.

‘’The water of the lake needs to be tested and I believe it could be easily treated,’’ Yassen said, ‘’the lake contains renewable water that could be useful if it was treated. It is never too late,’’ he concluded.