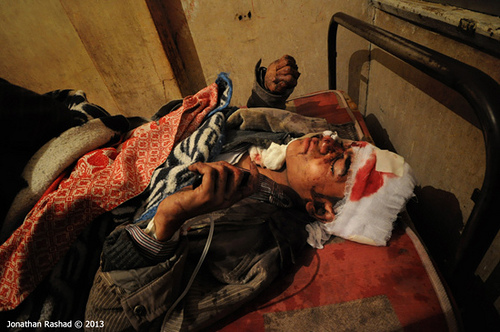 The train was transporting the conscripts, all born between 1990 and 1992, to their camps when the last cart went off the tracks and smashed into an empty transporting train, reported state-owned Ahram.

Eyewitnesses said the ambulances were quick to respond.

Civil defence units and tractors needed to extract injured people trapped under the train were late to arrive on the scene. Bystanders attempted to save the injured themselves.

The prosecutor general ordered an investigation into the accident while the health and defence ministers visited the injured in hospital.

An earlier train crash in Assiut last November left over 50 children dead. The transport minister at the time handed in his resignation citing his political responsibility.