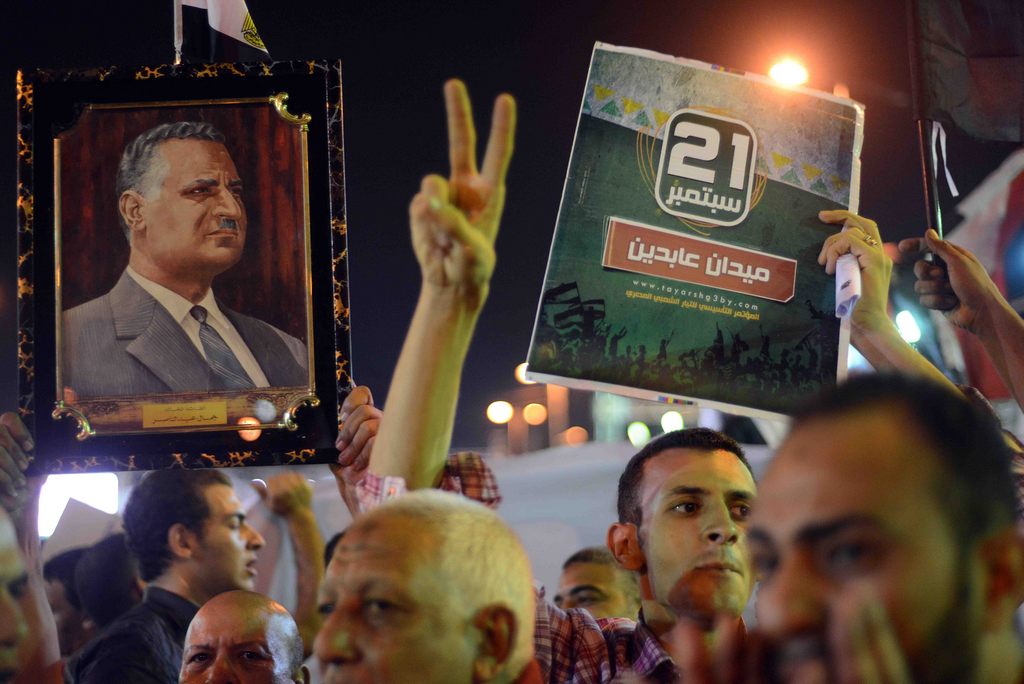 Four Nasserists parties, the Nasserist, Al-Karama, Al-Wefaq, and the Nasserist Popular Conference announced on Tuesday their intention to join forces.

According to state-owned Al-Ahram, the conference was attended by Abdel Hakim Gamal Abdel Nasser, Sameh Ashour of the Nasserist party, Hamdeen Sabbahy of the Popular Current, Mohamed Samy of Al-Karama party, Mahmoud Refaat of Al-Wefaq party, and Salah Dessouki of the Nasserist Popular Conference party.

The announcement of the coalition decision coincided with the observance of former president Abdel Nasser’s birthday.

Hamdy Al Fakharany, a member of the former Parliament, expressed his satisfaction over the new coalition.

“There were Nasserists from different Arab countries at the conference including Tunisia, Lebanon, Palestine and many others,” Al Fakharany said. “This proves how people still love and believe in Abdel Nasser.”

The new party which unites the disparate Nasserists is expected to run in the parliamentary elections under the list of the National Salvation Front (NSF). The four Nasserist parties were all members of NSF, according to Hussein Abdel Ghany, Al-Dostour Party leader and NSF spokesperson.

Sayed Abdel Ghani, a member of the transitional leadership board for the new Nasserist party, said although unity came late it was vital to the survival of the parties. He added that without pulling together they will not be able to achieve the goals of the revolutions of July 1952 and January 2011.

“Although the former regime pushed hard to dismantle a coalition between us, the United Nasserist Party allows us to advance our common goals in order to fight the Islamist project that leads to backwardness and taking Egypt apart,” Abdel Ghani added.

Administrative steps to be taken include registering the United Nasserist Party with the Parties Affairs committee and then holding elections to choose the president, the supreme board and other leadership positions.