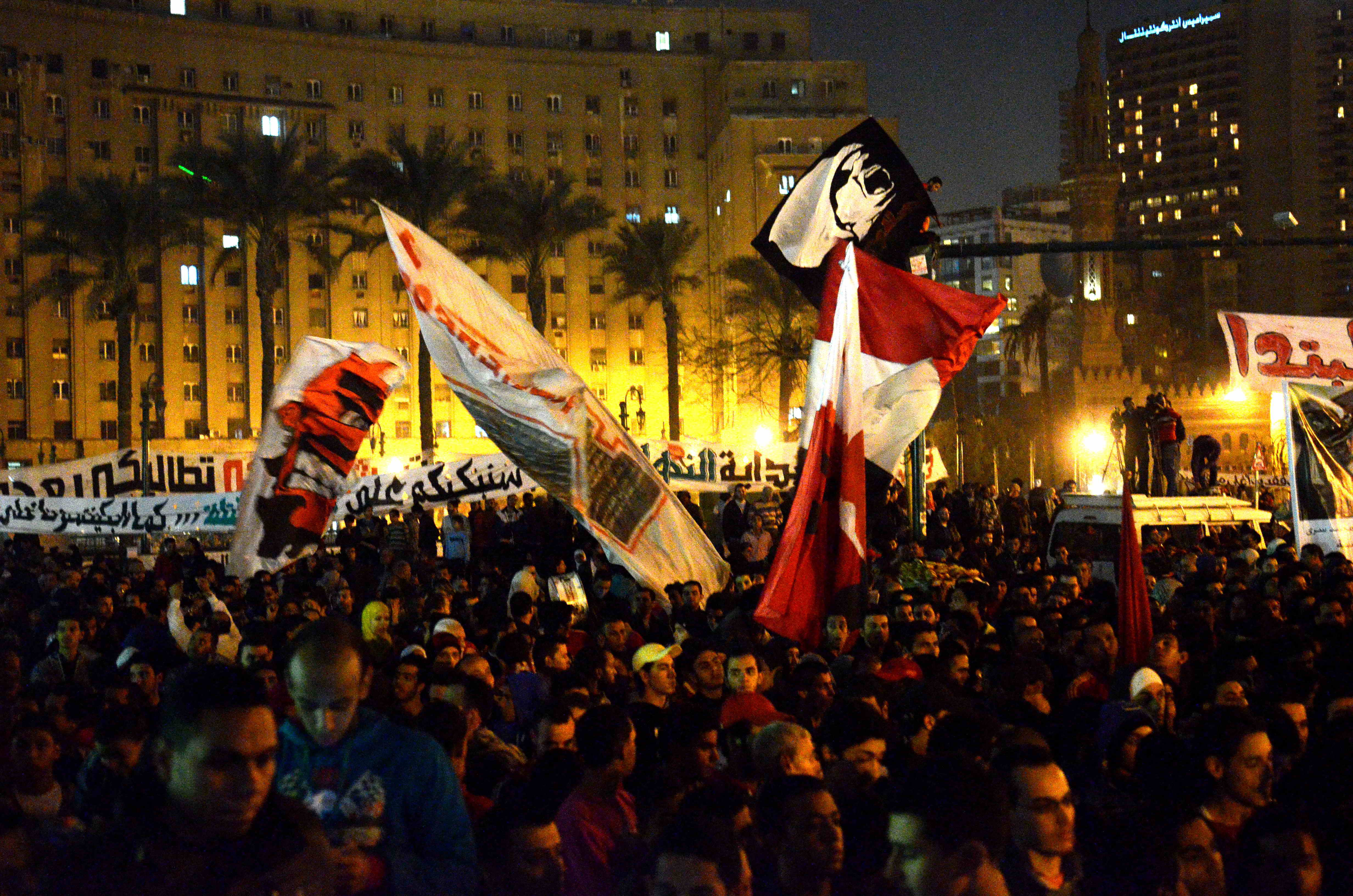 Thousands of Ultras Ahlawy converged on Tahrir Square Friday afternoon in commemoration football fans who died in Port Said almost one year ago. Many of them gathered at Al-Ahly Club in Gezira, where a banner over the entrance bore photos of more than 70 Ultras and read “we will not forget you.”

During their march to Tahrir Square, demonstrators held up photos of dead friends and family members, calling for the execution of Field Marshall Mohamed Hussein Tantawi, whom they hold responsible for the massacre that took place on the night of 1 February in Port Said Stadium.

The group blames the Supreme Council of the Armed Forces (SCAF) and the Ministry of the Interior for conspiring in the massacre. “Back then [during the massacre] we did not know who the conspirators were,” said a member who did not want to be named, “but now we know the conspirators are the Ministry of Interior, who paid thugs to kill our people.”

“This protest is to remind the government and the Egyptians of the Port Sayed massacre. We do not want compensation for their deaths, we want those responsible tried,” he added.

The Ultras chanted for the rights of those who died and sang songs to commemorate the victims as they crossed Qasr Al Nil Bridge leading to Tahrir Square.

The Ultras met marches that came from Ramses Square, Sayeda Zeinab, and Dawaran Shubra in Tahrir Square, where they gathered around a stage and continued chanting.

The group has escalated demonstrations ahead of the verdict in the Port Said trial, expected to be handed down on 26 January. The Ultras plan on staging another mass demonstration on that day in Cairo, Port Said, and other parts of the country.