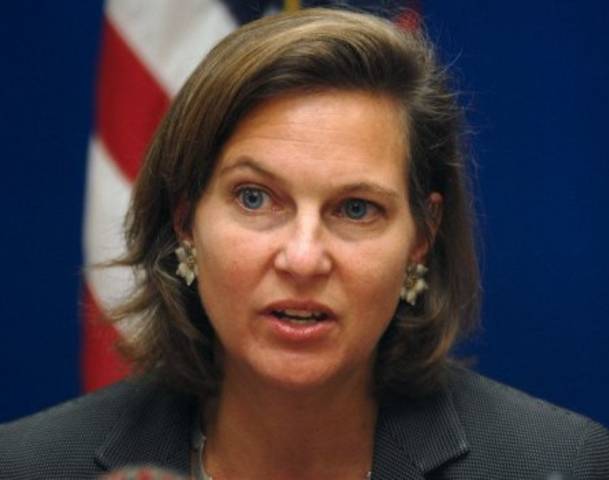 The United States called on Egyptian leaders to “demonstrate, in both word and deed, their commitment to religious tolerance and to upholding all of Egypt’s international obligations” on Thursday.

US State Department Spokesperson Victoria Nuland told reporters during a press briefing that President Mohamed Morsy’s statement addressing anti-Semitic comments he made in 2010 was a “positive step.”

“The statement was an important first step to make clear that the type of offensive rhetoric we saw in 2010 is not acceptable, not productive, and shouldn’t be a part of a democratic Egypt,” added Nuland.

A video of Morsy from 2010, in which he made anti-Semitic comments, resurfaced recently. He urged Egyptians to “nurse their children with hatred” for Jews and Zionists, and condemned the US and European nations for supporting Zionism.

Yasser Ali, Morsy’s spokesman, made a statement on Thursday, saying the president’s comments were taken out of context.

“The president reiterated his view that the basic principles of full respect to religions and freedom of belief must be fully adhered to, especially now that the Egyptian people have adopted a new constitution that grants adherents of heavenly [Abrahamic] religions full citizenship rights and the right to adhere to their religious laws in personal matters,” added Ali.

Assistant to the President on Foreign Relations Essam Al-Haddad issued a statement earlier this week saying Egypt was committed to religious tolerance, pointing to the freedom of worship for adherents of “divine religions”- Islam, Christianity, and Judaism.

“We need to continue to work intensively with the Government of Egypt on all these fronts [and] continue to deepen and broaden respect for religious tolerance,” said the spokesperson.

Nuland also said that Washington would continue to monitor Morsy and the Egyptian government in “word and deed” following its “first step.”