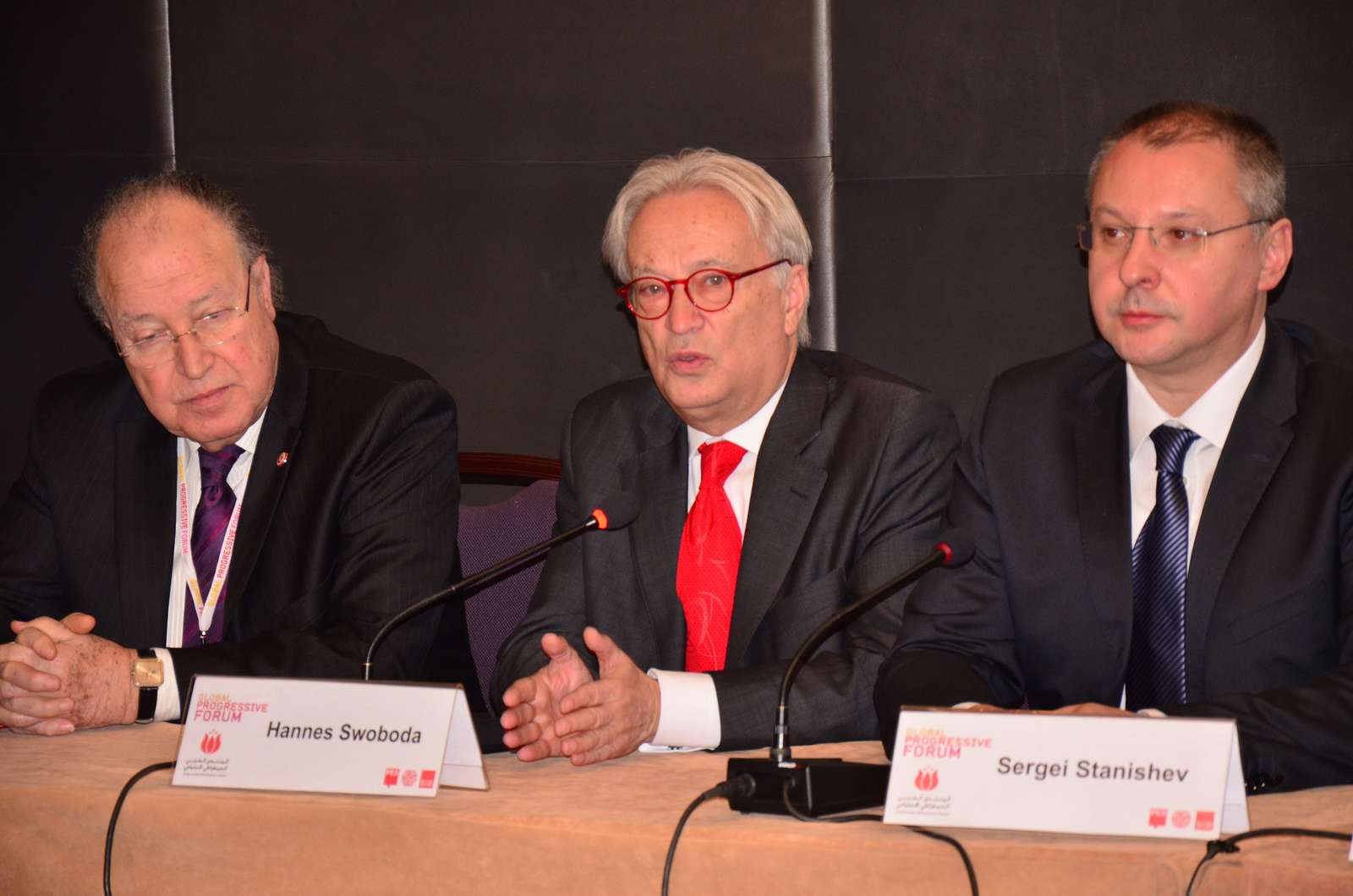 For the first time the Egyptian Social Democratic Party (SDP) on Saturday hosted in Cairo progressive parties from Europe and the Arab region.

“We contacted the European socialists [parties] and they were more than willing to help,” Mohamed Abouelghar, head of the SDP, told Daily News Egypt. “The SDP contacted the Arab parties to participate.”

Arab Parties at the conference announced the establishing the Arab Social Democratic front combining progressive parties in the Middle East to benefit from the experience of Europe’s main socialist parties. Ten European parties as well as nine Arab social democratic parties participated in the conference.

In a press conference, Sergei Stanishev of the Party of European Socialists, said the event was “historic”, bringing together socialists and social democrats from Europe and the Arab world. “An Arab Social Democratic forum [is] established today…because we all need a strong network of the progressive forces of the Arab world,” he said. Stanishev stressed that European socialists supported the Arab Spring from the start: “People went on the streets demanding democracy, jobs, social justice and dignity and that is what our partners in the region are working for.”

Hannes Swoboda of the S&D Group in the European Parliament stated that now is the time for “Europe [to take] action [and] to open our market to Arab countries, especially Egypt.” Swoboda added that Europe has to “liberalise the visa regime so Arab students can study in Europe and to give the stolen assets [of former regimes] back to the citizens.”

Representing the Palestinian Authority was Nabil Sha’ath, who praised the European social democrats, saying they were “our real allies in Europe for they got their countries to support the acknowledgment of Palestine in the United Nations.” He added that these parties back the Palestinians based on the principles of equality and liberty they embrace, adding that this first conference was a step in the right direction.

Mustapha Ben Jaafar of the Tunisian Coalition agreed with Sha’ath. “These progressive forces stood by us against dictatorship, now they are supporting us with building which is quite hard in this transitional period,” he said.

Massimo D’Alema of the Foundation for European Progressive Studies stated that Europe is now seeking true partnership with Arab countries, “not only within governments, but with civil societies, political parties and cultural foundations,” stressing that “democracy is not only the right of the majority to govern, but the protection of rights of minorities and women, religious freedom and human rights.”

The European representatives showed great interest in the coming Egyptian legislative elections which was the main item on their agenda in their meeting with Egyptian President Mohamed Morsy Saturday evening. Abouelghar told the Daily News Egypt that the European delegation asked to meet Morsy and he agreed.

Stanishev said the message they would relay to Morsy was their concern with the coming elections. “We shall be open with [Morsy],” he said. “We saw quite a hasty way with the [formation] of the constitution with less than 40% of Egyptians voting on [the referendum]. The National Salvation Front has 11 requests regarding the electoral law which are very important. I expect the president to respond positively to such demands.”

Swoboda added: “It would be very good if Egypt and the president were to invite Europeans to monitor the elections to make it clear they are free of fraud. It would send a clear message to the world that the democratic development will proceed.”