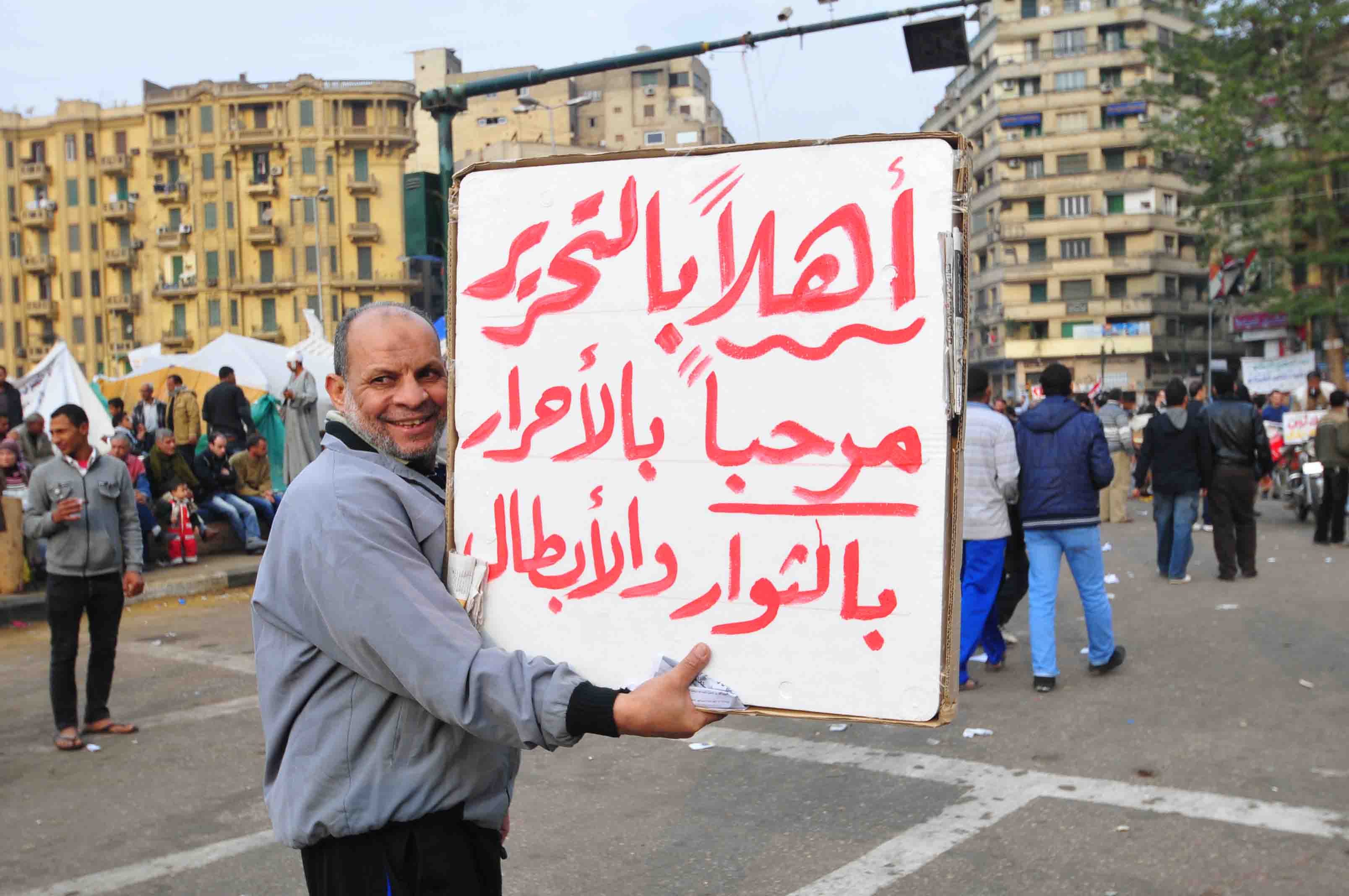 Last November, following the decree issued by President Mohamed Morsy, thousands of people occupied Tahrir Square. Hundreds of these protesters vowed to remain in the square until Morsy rescinded his decree, or left office. Today however, only a couple dozen tents remain and only the most determined protesters remain.

To facilitate communication between protesters in the square and the world beyond, a media centre was established to communicate their demands and happenings in Tahrir. The centre was not open Saturday afternoon however as the staff were, according to one Tahrir occupant, “probably still sleeping.” Later attempts to contact them were fruitless.

A temporary “museum” dedicated to the revolution was also set up in the square, displaying pictures of martyrs and political satire largely aimed at Morsy.

The square was bustling with the daily coming and goings of a regular Saturday, while protesters lay in their tents or spoke among themselves. Those that remained were independents, leaderless and unaffiliated with any popular movement or political party.

The protesters’ demands are simple but not cohesive. Some said they were still waiting for Morsy to bring justice to the martyrs of the revolution, while others said they demand freedom, a new government and the complete departure of the Muslim Brotherhood from the political sphere.

In the background a young man was being beaten by a small group, who dispersed after escorting the young man out of the square.