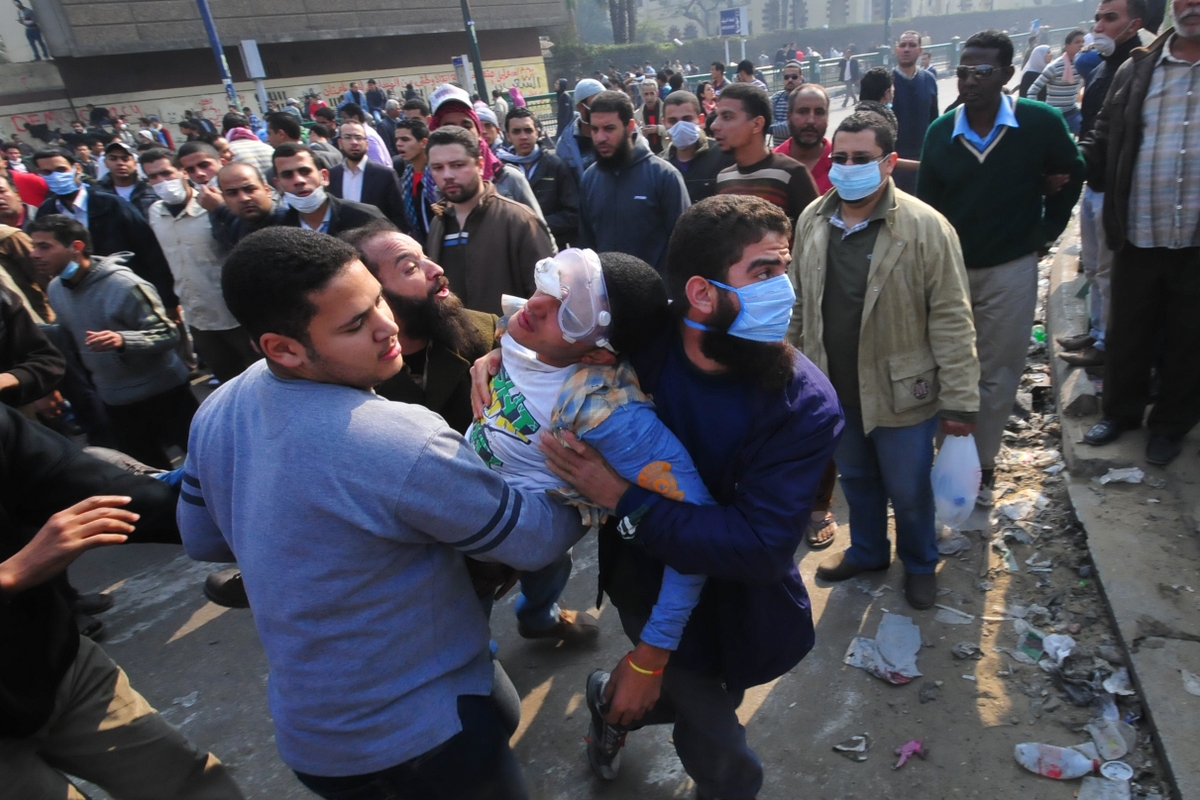 Cairo Criminal Court freed the defendants in the Mohamed Mahmoud Street clashes on Saturday, citing a presidential pardon for the halted proceedings.

The court did not declare the defendants not guilty however, but released them without completing the trial, saying the case was now moot.

The 379 people on trial included 55 children, three women, three Americans and a Syrian all charged with rioting and vandalism.

The defendants voiced their anger against the verdict from inside the dock, demanding they be tried and acquitted instead of just being released.

Clashes erupted between protesters and the police on 19 November 2011 after security forces violently dispersed a sit-in staged by families of those killed during the January 2011 uprising.

At least 47 protesters were killed according to official figures, although human rights organisations claim the number is closer to 90.

Central Security Forces officers were alleged to have deliberately shot protesters in the eyes, with one officer being filmed doing so. He was the only police officer to stand trial on account of the clashes, whereas almost 400 protesters stood trial.

Defendants were charged with assaulting public officials, attempting to prevent them from carrying out their duties, and attacking policemen tasked with protecting the Ministry of Interior headquarters, and carrying and using illegal weapons including unlicensed firearms.

The protesters were also accused of injuring policemen, damaging police vehicles and the tax authority building in Abdeen, and launching explosives at residential buildings in the surrounding area, causing great financial damage and endangering the lives of citizens.

President Mohamed Morsy had issued a presidential pardon in October 2012 pardoning all the defendants in cases “supporting the revolution” since 25 January 2011 until 30 June 2012; the date when he was inaugurated.

The prosecutor general deemed the defendants in the Mohamed Mahmoud clashes trial amongst those targeted by the pardon and sent their names to the court.