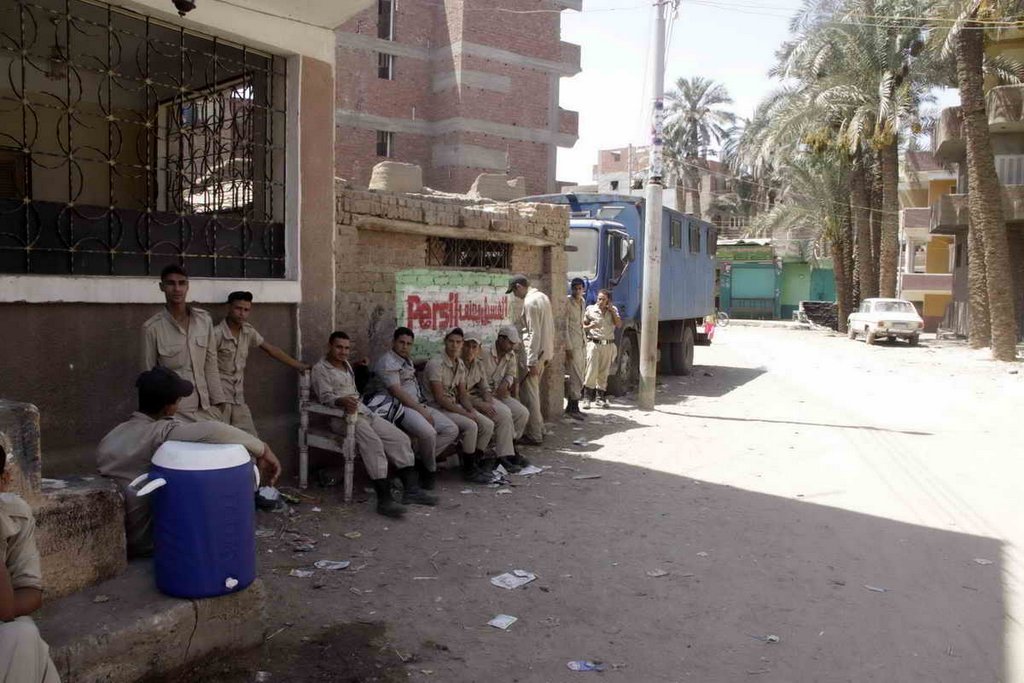 The Coptic man at the centre of Egypt’s latest sectarian conflict has been detained for four days pending investigations into accusations that he molested a six year old Muslim girl.

A 63 year-old shop-keeper, was said to have molested a young girl in the village of Al-Marshada in the Upper Egyptian governorate of Qena.

Ishak Ibrahim, a researcher for the Egyptian Initiative for Personal Rights (EIPR) said four Christian shops were attacked during the violence.

Ibrahim added that Muslim and Christian leaders in the village met Friday night in an effort to ease tensions and bring an end to the violence. The meeting agreed that the village would accept the result of the investigation and possible trial of the accused shop- keeper.

Bishop Kyrillos of Nagaa Hammadi told state-owned Al-Ahram newspaper that the young girl was subject to a medical checkup which ruled out the possibility of rape. He also said that the doors of the church had been locked.

A security presence remained in Al-Marshada into Saturday, when violence had subsided.

The National Council of Women (NCW) condemned the alleged sexual assault. Head of the council Mervat Tellawy called the assault a “crime against childhood,” and demanded that stricter penalties be put in place for molesting children.

Security in Qena says it will proceed with investigations.