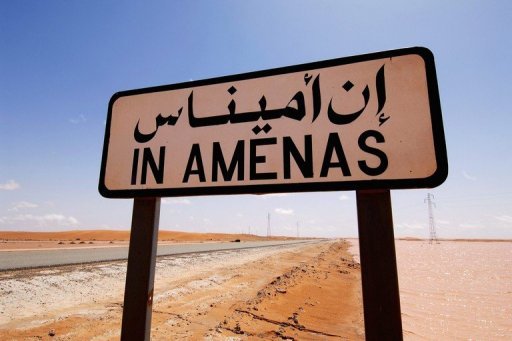 Oslo (AFP) – Two Norwegians have been found alive but six others remain unaccounted for in the hostage crisis at a gas field in Algeria, Norway’s Statoil said Saturday.

Lund declined to say under what conditions the two Norwegians were released. One of them was already transported out of Algeria, while the other received care in In Amenas, the site of the gas plant, and will be evacuated later, he said.

At least eleven of the 17 Statoil employees who were at the site when the Islamist militants attacked on Wednesday are alive, the company said. Most of the employees are Norwegian or Algerian.

The company said it had evacuated “non-essential” personnel from other Algerian facilities.

Statoil expressed concern for the six Norwegians who remain missing. On Friday, Prime Minister Jens Stoltenberg said it was necessary to prepare for bad news.

Foreign Minister Espen Barth Eide announced Saturday that his country had finally received permission for a medically equipped Boeing 737 to land In Amenas.

The plane, he said, will arrive in the morning to take part in an international “air bridge” aimed at evacuating employees of the gas field, where a security source in Algeria said a failed rescue attempt killed at least 12 foreign hostages.

Al-Qaeda-linked gunmen said after Thursday’s rescue raid they still held seven foreigners — three Belgians, two Americans, one Japanese and a Briton — inside the sprawling Sahara complex in northeast Algeria near the border with Libya.

A spokesman for the “Signatories in Blood,” headed by Islamist commander Mokhtar Belmokhtar, said 34 hostages were killed when Algerian special forces raided the plant on Thursday, a day after it was seized.

The group is demanding an end to French intervention in neighbouring Mali, ANI quoted sources close to Belmokhtar as saying. The veteran Algerian Islamist has claimed responsibility for Wednesday’s militant assault on the gas plant.