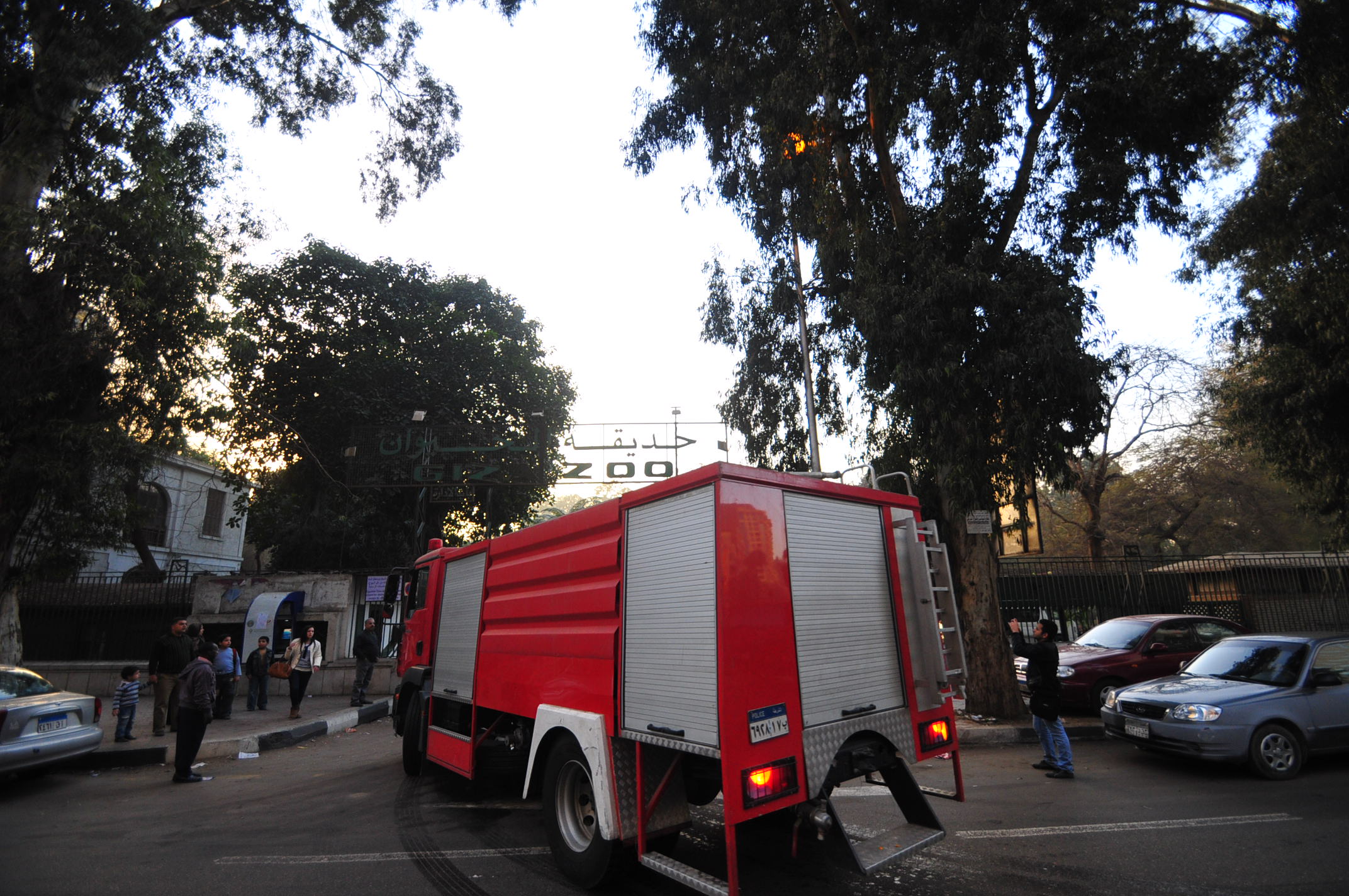 A fire broke out at Giza Zoo on Sunday afternoon, prompting visitors to evacuate the Zoo.

The cause of the fire was not discovered at the time of publication. Eyewitnesses claimed a motorcycle was set ablaze, causing nearby trees to catch fire. Animal activist Dina Zu Al-Faqqar stated, from inside the zoo, that the fire started at the palm-leaves store. Investigation into the events which led to the fire is underway, Zu Al-Faqqar added.

At least half a dozen fire-engines arrived to the Zoo to put out the fire. Zu Al-Faqqar stated it was the zoo employees attempted to contain the fire by using the fire extinguishers available, until the fire-engines arrived. The winter winds are expected to move the smoke away, protecting the animals.

Many families made their way to the zoo’s exits where security prevented entrance. Tahrir newspaper filed a complaint against the zoo security for attacking the paper’s photographers.

Until time of print, the fire was ongoing, but contained.

Giza Zoo is Egypt’s largest and Africa’s oldest zoo. It was established by Khedive Ismail and inaugurated 1891 by Khedive Tawfiq. The zoo is home to a collection of rare trees, handpicked from Asia and Africa.