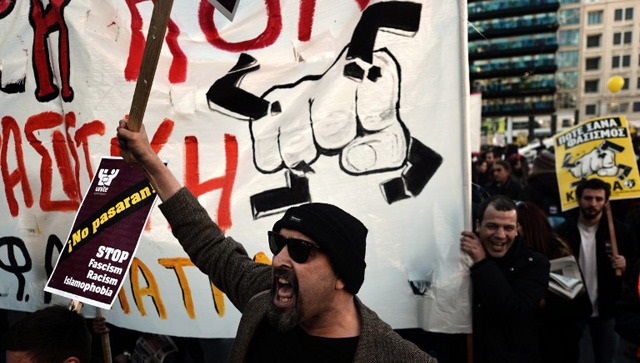 The Egyptian ambassador to Greece Tariq Adel has reaffirmed the embassy’s commitment to aiding Egyptians living in Greece, following a rise in attacks on immigrant communities. Greece has historically been welcoming of foreigners, but the economic crisis has led to the rise of far-right groups such as Golden Dawn, who blame migrant workers and illegal immigrants for the current state of the economy.

Adel said the increase in violence targets all foreigners, not only Egyptian citizens. The Egyptian community is Greece’s largest migrant community, Adel said, but pointed to statistics generated by local human rights groups that say the Pakistani, Afghani and Bengali communities are most affected by attacks.

Nevertheless, Adel warned Egyptians to stay away from known areas of sectarian violence and tension, asking them to be vigilant.

Adel promised the embassy would react swiftly and would spare no efforts in dealing with cases of assault.

Last November an Egyptian citizen was tied to a tree on the Greek island of Salamina and beaten by his employer, who accused him of stealing. As a result the embassy issued a warning to its citizens, as protests were expected to take place. Adel said the embassy had acted swiftly to ensure the man, who was there illegally, was not deported and had a chance to pursue his case for compensation.

Adel’s statement comes after a Pakistani man was murdered in Athens on Thursday in what has been labelled a hate crime. On Saturday thousands of people marched in Athens in protest of the escalating racial tensions in the country.

The police have arrested two Greeks accused of the 27-year-old’s murder. Golden Dawn pamphlets were found in their home during the search. Golden Dawn is one of the most far-right parties in Europe and in 2012 managed to win 18 seats in parliament. Many attacks on immigrants and immigrant sympathisers have been linked to members of the neo-Nazi party.

Egyptian foreign minister Mohammed Amr has also been in communication with his Greek counterpart to ensure Egyptians are protected from similar attacks.