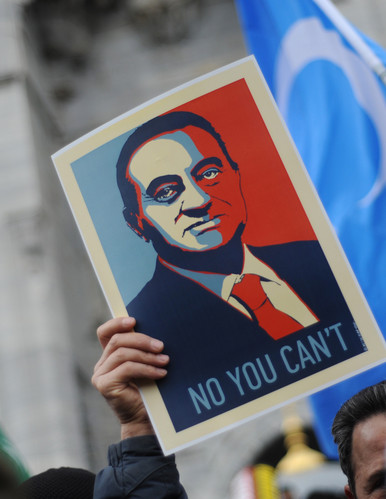 Mubarak’s Kuwaiti lawyer claimed on Sunday that toppled President Hosni Mubarak will be acquitted within the next few days.

Faisal El-Enteby, head of the Kuwaiti delegation defending Mubarak, said the acquittal would rely on an article of law stating that no person can be held in prison pending investigations for more than two years. He added that Mubarak is now considered a defendant rather than a criminal, after the cassation court accepted the appeal filed against his prison sentence.

Mubarak received a 25-year prison sentence for being implicated in the deaths of protesters during the 25 January revolution.

Adly doubted the possibility of Mubarak’s acquittal, explaining that the current political situation would not allow this to happen. “The court could place him under house arrest instead.”

El-Enteby claimed he had new evidence proving the innocence of Mubarak from the charges of killing protesters, adding that he submitted it to Talaa’t Abdallah, the prosecutor general.

The Kuwaiti lawyer accused Mohamed El-Beltagy and Safwat Hegazy, along with other leading figures of the Freedom and Justice Party, of killing the protesters during the revolution. He added that evidence proved the presence of foreign armed men from Hezbollah and Hamas Movements, claiming they are the ones responsible for all the crimes that occurred during the revolution.

El-Enteby asserted that his delegation is working voluntarily because they believe Mubarak is innocent and oppressed, according to El-Enteby. He denied having any disagreements with Fareid El-Deeb, Mubarak’s lawyer, asserting that El-Deeb is Mubarak’s official lawyer. He added that the delegation still have the right to defend Mubarak, claiming that they are cooperating with El-Deeb.