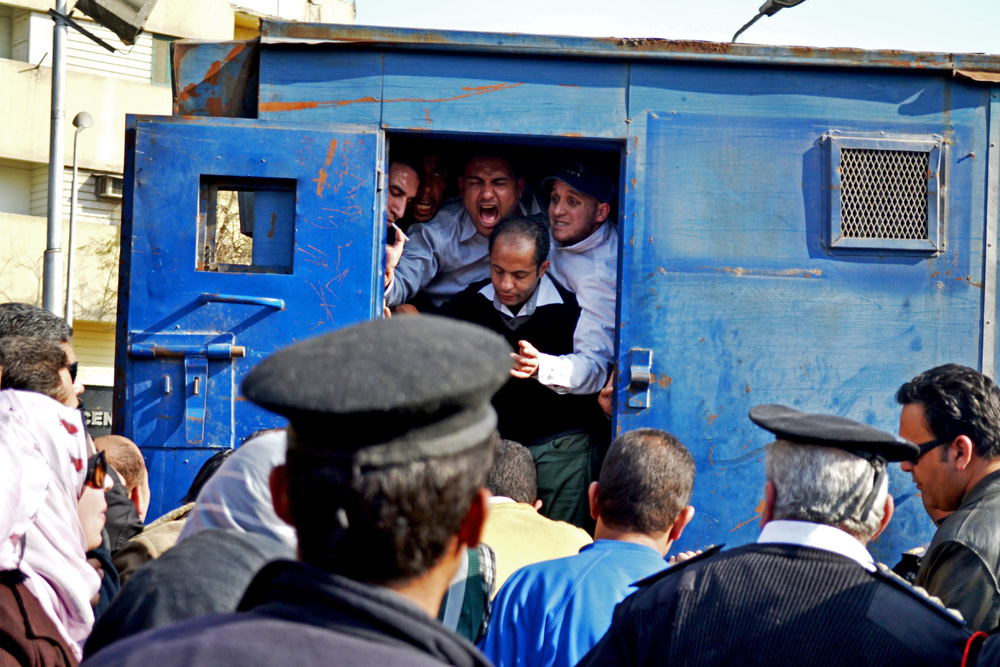 Protesters demanding jobs and activists from 6 April were attacked again in front of Hesham Qandil’s house on Monday night, according to witnesses.

Mohamed Al-Assad, from 6 April movement, was detained in addition to one other protester.

The protesters, who are holders of master’s degrees and doctorates, have been protesting for several days in front of Prime Minister Hesham Qandil’s place of residence. They demand administrative jobs for every advanced degree holder who graduated between 2002 and 2012, in accordance with promises made to them.

To avoid “nepotism,” they wish their new positions to be announced by the Central Agency for Organisation and Administration, instead of government agencies.

There are claims that protesters were attacked by police after they attempted to block Mesaha road. Protesters deny the allegations.

Protester Hadeer Kamal said: “This is our third time to protest in front of Qandil’s house. We have never intended not to be peaceful.”

According to fellow protesters, the 14 detained on Monday were freed with an EGP800 bail for each.

Activist Mohamed Adel of 6 April Front said that Al-Assad is currently being presented to prosecution with charges including “incitement to riot.”

Kamal said that protesters will have a conference at the Lawyers Syndicate on Tuesday at 5 pm to decide their next steps.

Kamal added: “We are not planning to give up our rights that we have fought for months to get.”

The Ministry of Interior was not available for comment.