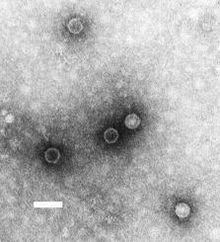 The World Health Organisation (WHO) and UNICEF have discovered polio in Egypt for the first time in eight years. Samples of sewage water in Dar Es Salaam and Ezbet Hagana were found to contain a strain of the virus also found in the city of Sukkur, south Pakistan.

Sona Bari, the WHO spokesperson for polio eradication, said the Egyptian government had responded effectively and swiftly to the findings. The virus was discovered during a routine environmental survey, in which sewage samples are regularly tested by the WHO to monitor the spread of disease.

“The wild polio virus was discovered on 19 January in the Greater Cairo area,” Bari said, adding that the government dispatched emergency response teams the next day to investigate population immunity and start vaccinations.

As a result of the discovery in Sukkur, Pakistan ordered the immunisation of all children leaving the country, in an attempt to halt the spread abroad. A joint statement released by UNICEF and the WHO confirmed the Pakistani “government’s Monitoring and Coordination Cell is advising to set up permanent vaccination counters at the international departure lounges of all airports.” All children under the age of five leaving the country will be vaccinated.

Pakistan is one of only three countries left in the world that suffers from a polio endemic, alongside Afghanistan and Nigeria. Global efforts to eradicate the virus have been very successful since the WHO began, but recent progress in Pakistan has been mired by attacks on health workers, who are often accused of attempting to sterilise Muslims, among other accusations by radical ideologues.

Last December nine health workers were murdered in several attacks in the northwest and around Karachi, prompting the United Nations to suspend its activities. In response the government provided health workers with armed escorts. Bari said despite the attacks the work continues.

“We have seen the number of cases drop by over 60% in Pakistan from 2011 to 2012, and a 60% global drop in the same year,” Bari said. “When our work first started we were seeing upwards of 1,000 children paralysed a day,” she said, adding that in 2012 there were 223 children affected by the virus throughout the entire year. “If we don’t get it down to zero however, the virus will come back,” she warned.