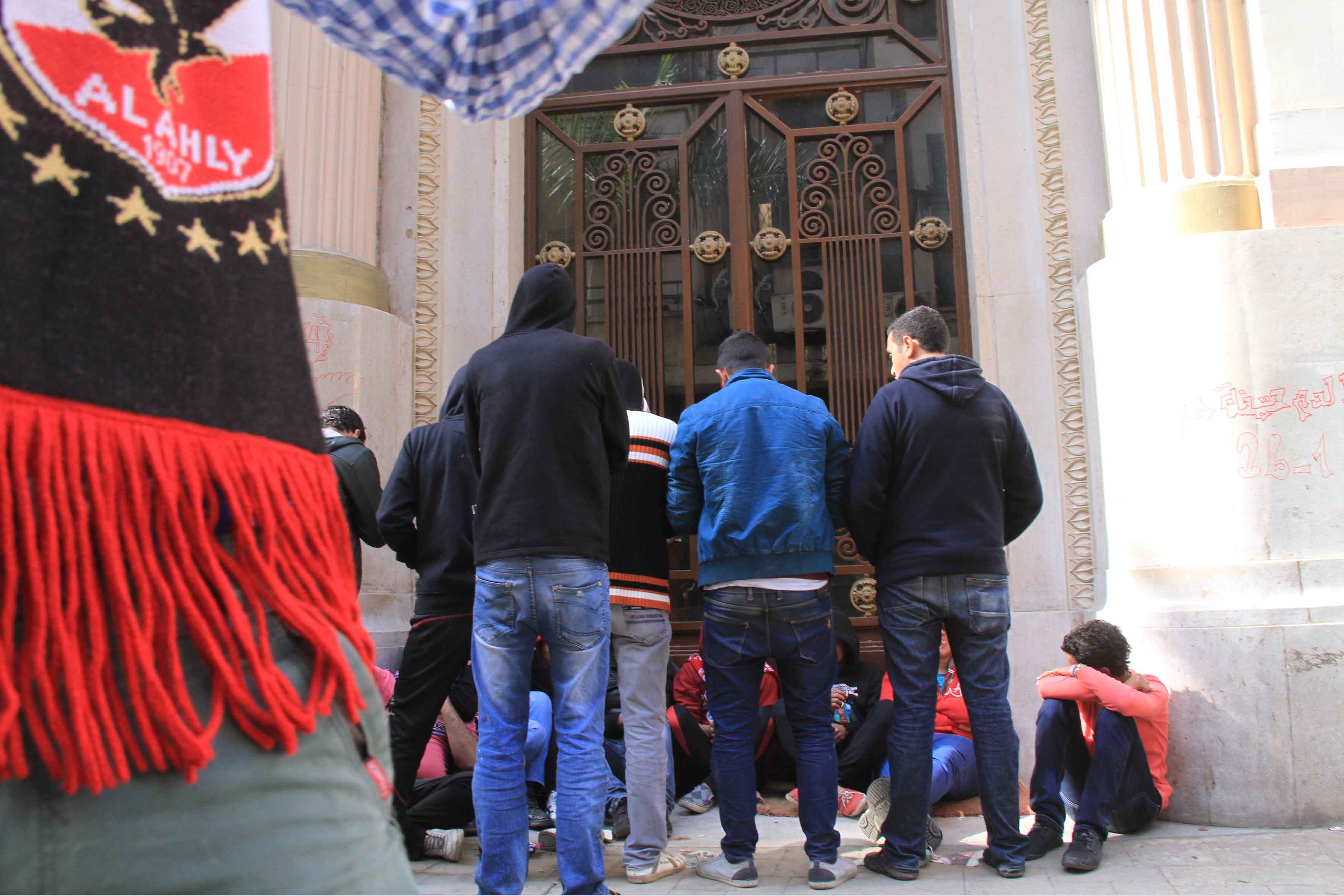 After a busy day of Ultras action on Wednesday Ultras Ahlawy said what happened is “not chaos, what happened should it known that chaos is coming.”

The group declared Wednesday as the first of “the days of rage”.

The protesters are angered by new evidence Prosecutor General Tala’at Abdallah presented earlier this week during the Port Said trial into the death of football fans last February. The verdict is scheduled be heard Saturday.

Ultras Ahlawy plan to rally outside the Police Academy ahead of Saturday’s verdict. In its statement released on Thursday morning, Ultras Ahlawy said Saturday be a decisive day for many people and threatened bloodshed could occur.

“We call on anyone who still thinks that blood is not cheap” to join them their statement read.

Ultras Ahlawy was not the only Ultras group who held protests yesterday. Ultras Devils held nationwide protests on Wednesday afternoon, some of which turned violent. The group stated three of their members were arrested in Damanhour.

Ultras Devils also temporarily blocked railways across the country. In Aswan, some of their members were injured when a train went speeding past as protesters occupied the railway.

The group vowed to continue. “Today is just a glimpse of what we could do, if the rights of the martyrs are not achieved,” Ultras Devils said in Facebook post.

On trial are over 70 defendants accused of involvement in the Port Said Massacre that took place last February after a football match between Al-Ahly Club and the Port Said Al-Masry Club. Over 70 football fans were killed after the match.

The defendants include around 10 security officials and three members of the Al-Masry Club’s administration.

Ultras Ahlaway is demanding redress. The new evidence has sparked fears that the trial will be postponed.

Hassan Yassin, the prosecutor general’s spokesperson, said the new evidence does not necessarily mean the trial will be postponed.

The defendants in the trial include around 10 security officials and three members of the Al-Masry Club’s administration. Ultras Green Eagles, a Port Said based ultras group, has been camping outside the Port Said prison to prevent any attempt at moving defendants to the Police Academy for the trial.