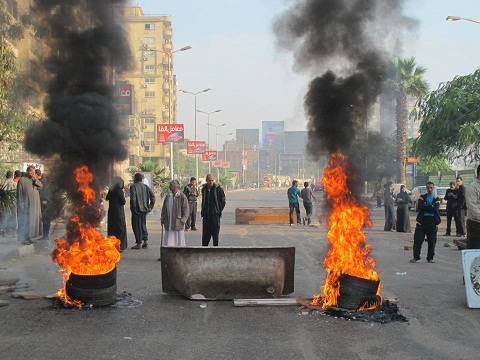 Several NGOs and activist groups accused the military of telling unfounded hearsay to mislead the public about events in the ongoing conflict between it and residents of Qorsaya Island.

Courts have previously ruled that land on the Nile River island belongs to the inhabitants, but the military dispute their entitlement.

Last November, clashes erupted between the military and the residents.  The military police killed one of the residents of the island. The army arrested 26 Qorsaya residents and they are facing military trial.

Judgment in their case was set for 14 January but in the event was postponed to 28 January.

The statement by the army comes after a press conference held by activists on the island to show solidarity with its residents.

Nine groups including the Egyptian Centre for Social and Economic Rights and the Hisham Mubarak Law Centre have written a joint response to the military’s claims.

The army claimed that 20 of the defendants arrested in the November clashes are not actually residents of the island and have confessed to being paid to attack the army. The NGOs refute this assertion, saying instead that only eight of those arrested do not live on the island.

Additionally, the NGO response highlights the military claim that the island is inhabited by less than 100 people. “This is not true at all,” the NGO statement said, adding that there are over 1,500 living on the island.

The nine groups are demanding investigations into what they say are crimes committed by the military and the handing over of the military figures responsible for the violence last November.