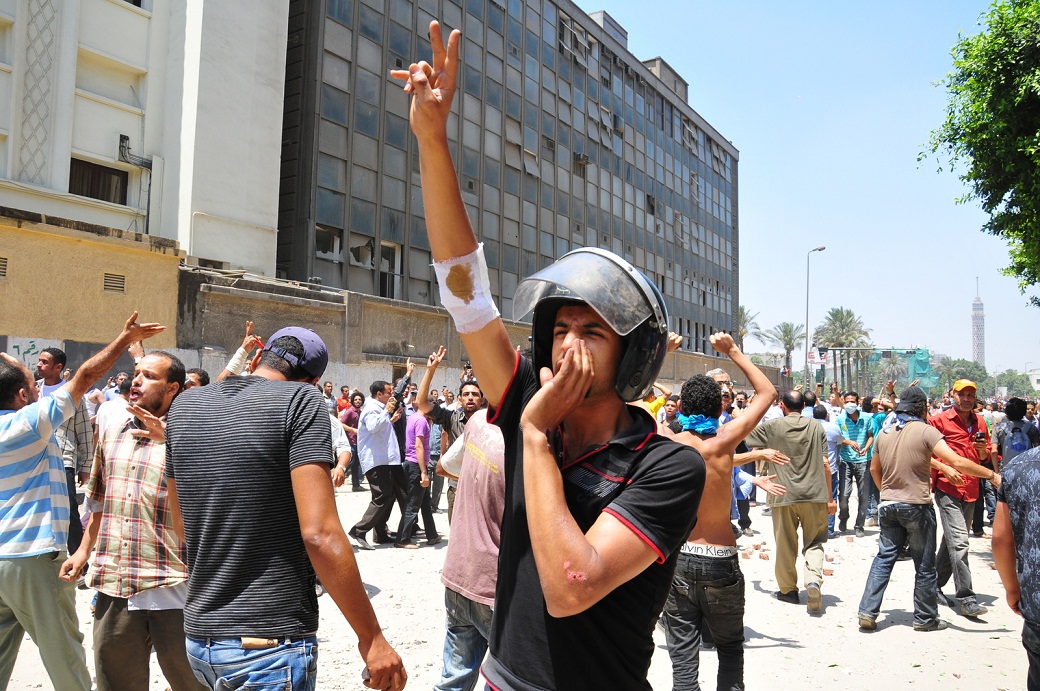 The 6 April movement has denied any of its members were arrested for possessing a police wireless device, stolen during the Mohamed Mahmoud Street clashes last November.

State-owned Al-Ahram reported that a 6 April student member was arrested on Wednesday in possession of an unauthorised communication device and stolen property.

“This is all lies,” said Mohamed Mustafa, 6 April (Ahmed Maher front) political bureau member. “No student member in 6 April has been arrested.”

Mustafa stated that the news report failed to mention the name of the student or the faculty he belongs to. “We have sent the newspaper a letter, requesting a correction denying the student’s membership in our movement.” The newspaper is yet to reply.

The student was arrested in his car for violating traffic rules, reported Al-Ahram. Searching his car, the police discovered large quantities of firearms cartridges and pharmaceuticals. He has reportedly avoided serving seven previous court sentences.

During the investigation, the defendant reportedly admitted taking the wireless device from a high school student during the Presidential Palace clashes in December. He also reportedly said the pharmaceuticals were for a field hospital in Tahrir Square.

Both 6 April (democratic front) and 6 April party denied that any of their student members was arrested for unauthorised possession of police wireless device.

The second round of Mohamed Mahmoud Street clashes occurred in late November 2012. An event to commemorate the first anniversary for clashes turned violent, leading to the death of at least three protesters. They were closely followed by clashes near the Presidential Palace between pro- and anti-president supporters in early December.