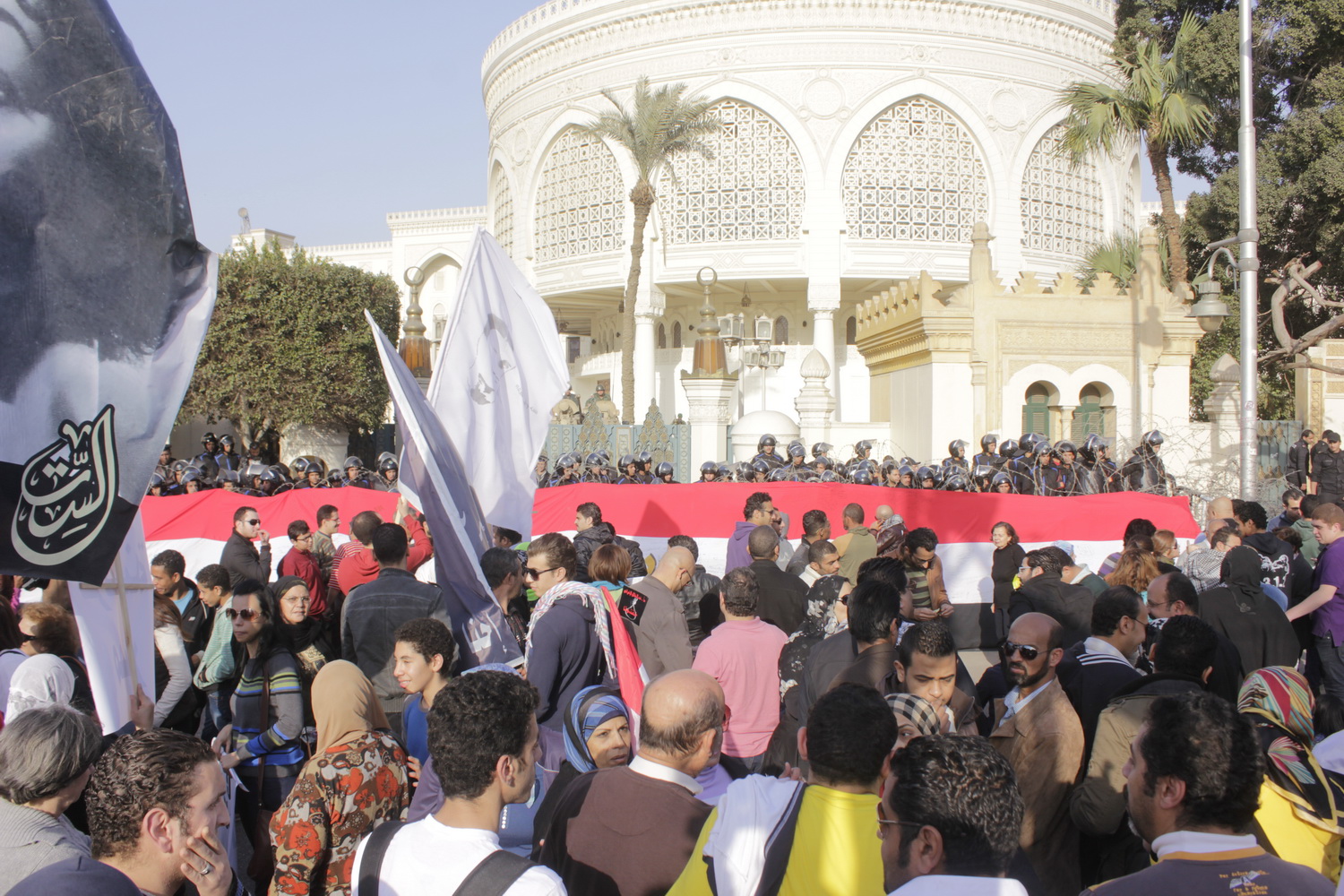 Police dispersed protesters at the Presidential Palace with rounds of tear gas on Friday evening. Several hundred demonstrators had gathered at the Palace in Heliopolis to commemorate the January 25th Revolution of 2011 and voice their disapproval of President Mohamed Morsy and the Muslim Brotherhood.

Central Security Forces responded by firing rounds of tear gas into the crowd around Marghany Street in front of the Palace walls.
Protesters returned to the Palace after the exchange of tear gas and rocks ended, chanting, “Down with the rule of the Brotherhood,” and, “leave.”
While protesters on Friday were more concentrated in Tahrir Square, opposition forces had also called for marches to the Palace in Heliopolis.
Security presence at the Palace remained high going into Friday night as police cordoned various entrances to the complex. Some tanks, belonging to the Republican Guard, retreated from their original positions in front of the walls to behind the gates of the Palace.