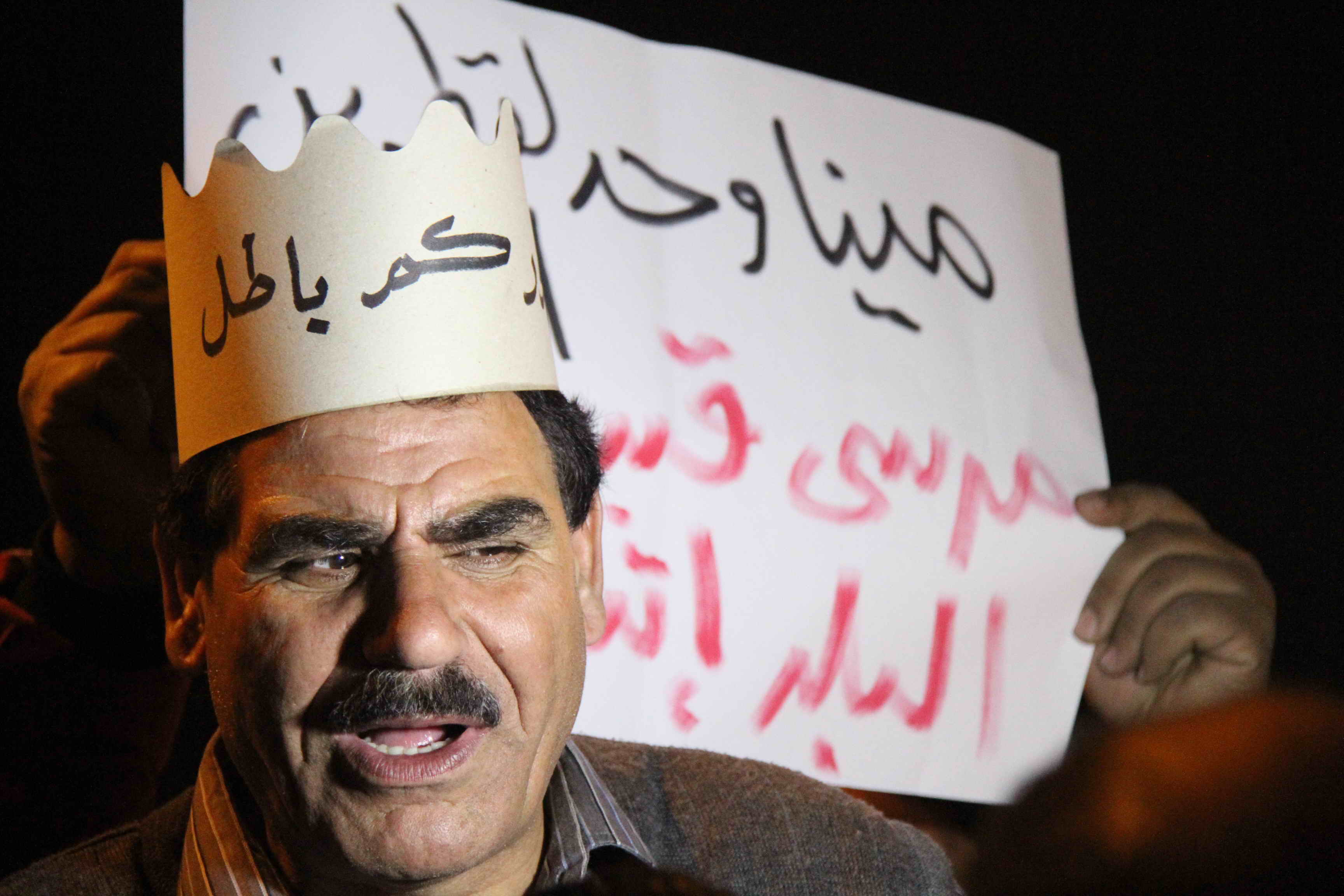 Hundreds of protesters marching towards Maspero chanting against the Muslim Brotherhood and the regime were dispersed by excessive use of tear gas, according to witnesses.

State-owned Al-Ahram’s Arabic website reported that hundreds have blocked Maspero Corniche, calling for the end of the regime at around 5 pm.

According to eyewitnesses, some people have tried to storm the State Television building, before being dispersed using tear gas. He added, “This is a new tear gas which is much stronger than the previous ones. It is newly exported.”

Many marches continued heading to Maspero. Some of the protesters were chanting “Selmeya” (peaceful), and other chants against Muslim Brotherhood Supreme Guide and Morsy’s regime.

Ambulances were present in the area, while the 6th of October Bridge was completely blocked by barricades placed by protesters.