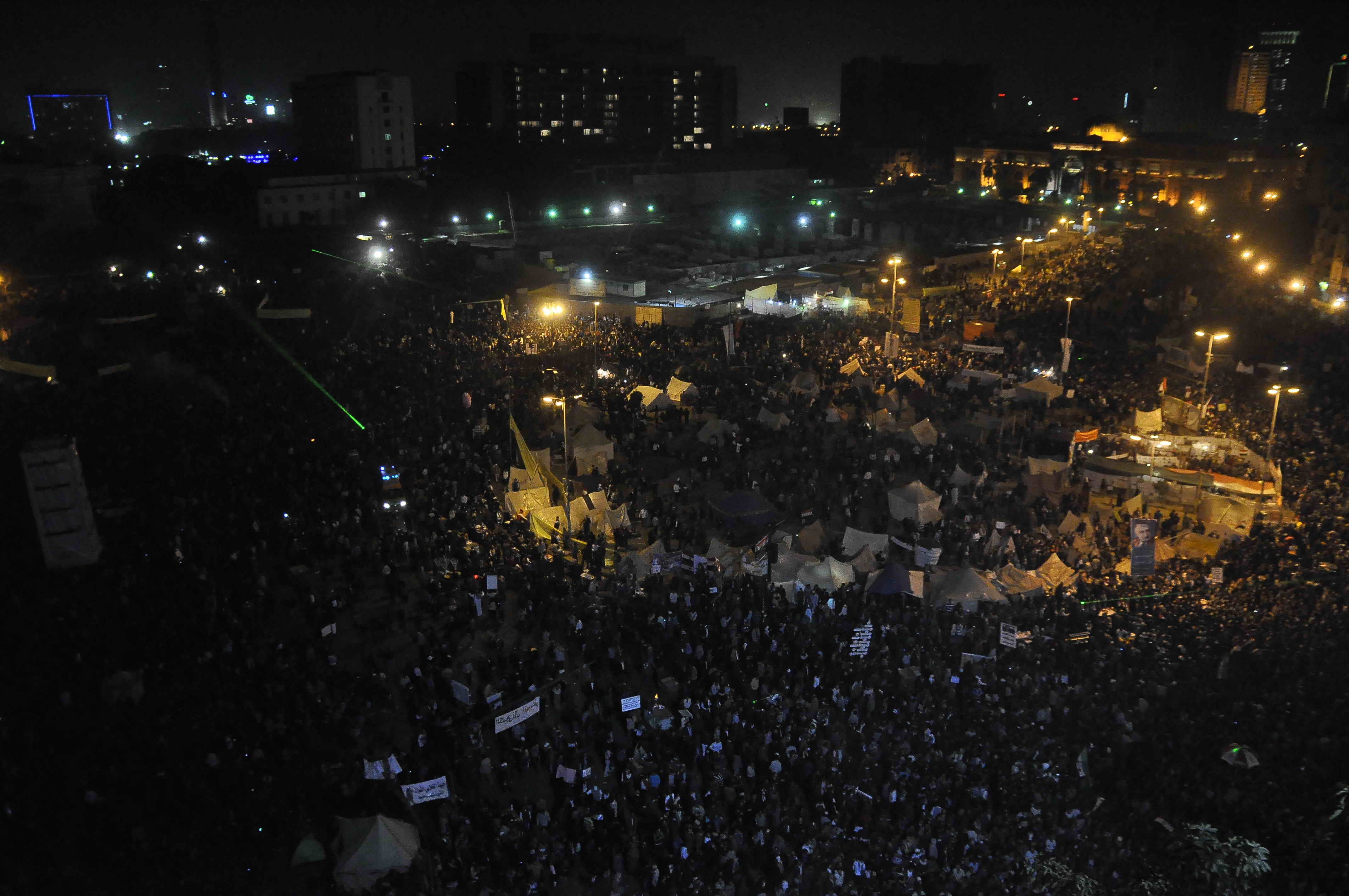 The National Salvation Front (NSF) has announced their plan to hold an open-ended sit-in starting Friday evening, the second anniversary of the 2011 revolution.

Hussein Abdel Ghany, spokesperson for the NSF, appeared on television and said that opposition forces will support and implement an open-ended sit-in until “every” opposition demand is met. Abdel Ghany also said that the NSF have a plan for Egypt.

The demands of the opposition include amendments to be made to the constitution to safeguard rights for women and religious minorities. They also called for the government to take steps to save Egypt’s flailing economy.

In Tahrir Square on Friday large groups of people were calling for the downfall of the regime, President Mohamed Morsy and the Muslim Brotherhood.

In the evening many people were gearing up to spend the night in the square. Some people were already attempting to sleep; one tent was occupied by a small family, husband, wife and child.

Abdel Halim Abdel Baqi from Minya has been staying in the square since November and intends to stay “until the regime falls.” He continued “this is not a good president; he as been in prison and he cannot even be the president of a neighbourhood. In six months he has done what Mubarak did in 30 years.”

Mohamed El Karabiky form Shubra said that 25 January was the first day of his sit-in and his demands were “bread, freedom, social justice and a natural death.”

El Karabiky called for reconciliation because he believes Morsy has pushed the opposition forces away. He said that he voted for Morsy because he was running against Ahmed Shafiq but did not think much of Morsy’s performance since his election.

“The politics are the same as the previous regime, nothing has changed in two years,” said El Karabiky. He was not directly calling for Morsy to resign but he said, “We are putting pressure on the administration, but if he doesn’t comply he will have to go.”