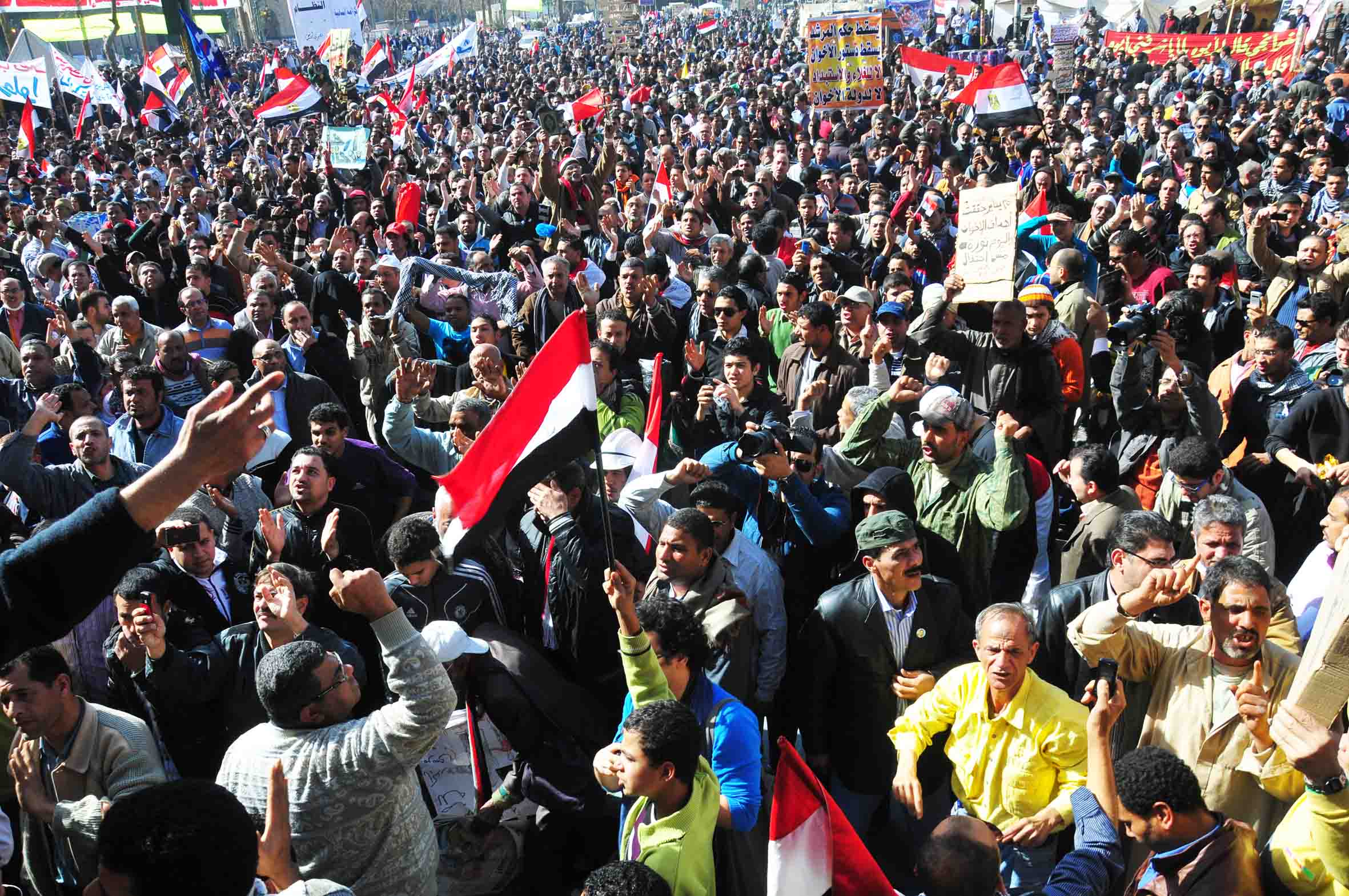 Marches arrived from different parts of Giza and Cairo, slowly filling up the square which has become the symbol of the Revolution. The numbers increased after sunset.

Leading a group of protesters down the Abdel Moneim Riad entrance to the square, former presidential candidate Khaled Ali chanted loudly in support of the Revolution.

“The revolution persists,” Ali said, adding that the demands people have called for two years ago have not changed. “When we demanded the overthrow of the regime, we weren’t referring to certain individuals but to norms and political inclinations.”

A minor skirmish erupted between 6 April protesters and members of the Black Bloc in front of Omar Makram Mosque.

Every entrance to the square was crowded with protesters. A tight rally gathered in front of the square, near the Mohamed Mahmoud Street entrance. Chants erupted loud and unified. No stages were spotted in the square.

Protesters had gathered in the street Thursday, attempting to bring down the separating wall. The wall was still standing on Friday.

Though many chanted for a sit-in, it wasn’t clear whether all those protesting planned on spending the night in the square.