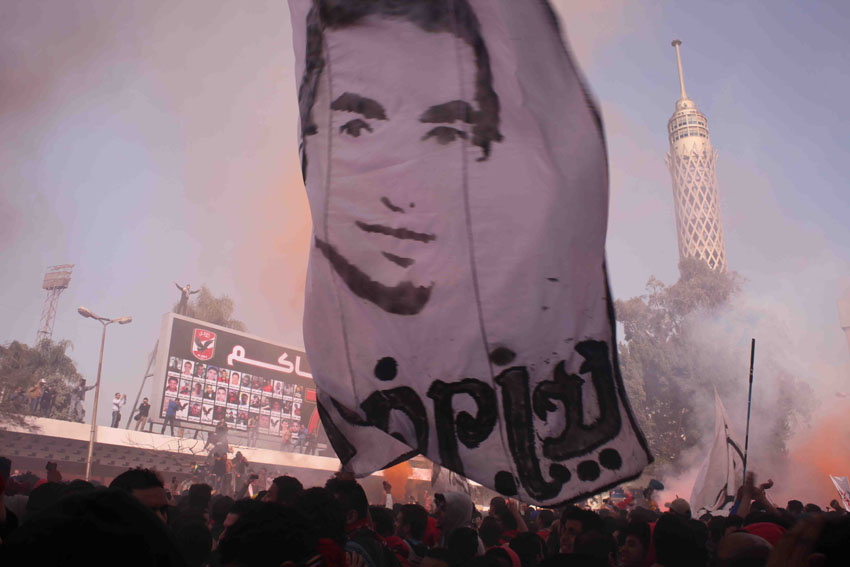 Ultras Ahlawy gathered early Saturday morning near Al-Ahly Club headquarters in Cairo to hear the verdicts of 74 people accused of killing over 70 others- mostly young men- during a football match last year in Port Said.

Thousands of Ultras from different governorates surrounded the club, listening to car radios as the presiding judge read the death sentences for 21 of the accused.

Crowds broke into chants of “God is great” while some fell to the floor in thanks as others broke into hysteric crying.

They then surrounded the main entrance of the club, some of them climbing the main gate to lead the crowd’s chants. Fireworks and flares filled the sky.

While celebration continued, some of the Ultras group remained on the sidelines. “Only 21 given the death penalty,” one of them said, “It is not enough.” Another fan from Alexandria said “imagine raising one of these kids up only to die in your arms. It’s not enough.”

Remaining tight-lipped on their next move, one of them said, “What is coming is sweeter still.”