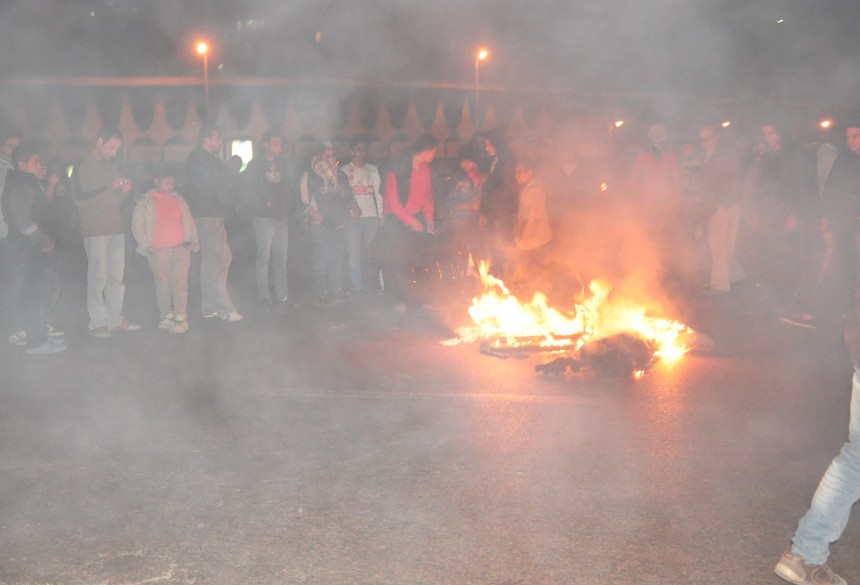 Several fires and attempts to storm buildings took place on Saturday in governorates across Egypt.

In Cairo, protesters set fire to the Ministry of Supply and Social Affairs with Molotov cocktails and attempted to block firemen from extinguishing the blaze. Security forces eventually dispersed the protesters, allowing firemen stop the fire from spreading.

Ministry personnel were evacuated through the rear exit during the fire. No injuries were reported.

The Freedom and Justice Party (FJP) office on Talateeny Street in Ismailia was stormed and burnt on Friday during a massive march in the governorate. Security forces fired tear gas at protesters in an attempt to disperse them.

FJP claimed it has videos implicating security forces in starting the fire and planned to submit them to Egyptian prosecutors, whom have already begun investigations.

Another office belonging to the party was set aflame in Damanhour city of Beheira . A real estate taxes building in the same area was robbed before also being burnt.

Osama Soliman, secretary general of FJP in Beheira, claimed security forces were present at the time protesters broke into the office but did not take any action.

Faisal police station in Suez was also robbed and burnt. The prisoners were freed by unidentified protesters who stole the station’s cars. Prisoners used weapons to escape the station.

Military security forces were able to prevent protesters from breaking into the Suez security directorate, which was set on fire on Saturday.

Egypt’s third army assumed responsibility to enforce security in Suez after police withdrew from the governorate. Military forces transferred prisoners and weapons in the directorate to a military building.

“The situation here is miserable, only the army can control Suez now,” said Ahmed Adel, a medical student living in Suez.

In Giza, hundreds protested near the governorate building on Haram Streem, chanting slogans opposing President Mohamed Morsy and the government and demanding the dismissal of the current prosecutor general.

Amid fears that protesters might break into the governorate building and nearby Omraniya police station, Giza security officials successfully urged protesters to refrain from violence and open the street for traffic.

A similar scenario took place near Mahalla city council when protesters threw Molotov cocktails and rocks at the building. Security forces responded by firing tear gas into the crowds

The Black Bloc movement tried to break into Daqahleya governorate building. The masked protest group destroyed the main gate of the building and blocked the adjacent road, but security forces stopped were able to prevent anyone from breaking into the building.

In Tanta, hundreds of protesters attempted to break into Tanta courts complex on Saturday but were stopped by security forces. Ultras and Black Bloc members surrounded the complex, chanting slogans criticising Morsy and the Muslim Brotherhood.

The situation intensified when protesters started hurling rocks at security forces, which responded by firing tear gas into the crowds of protesters.

The incidents followed Friday’s protests that marked the second anniversary of the 25 January Revolution and violence that broke out in response to the death sentences issued by Port Said Criminal Court for 21 people accused of killing 74 football fans during a football match in Port Said last year.