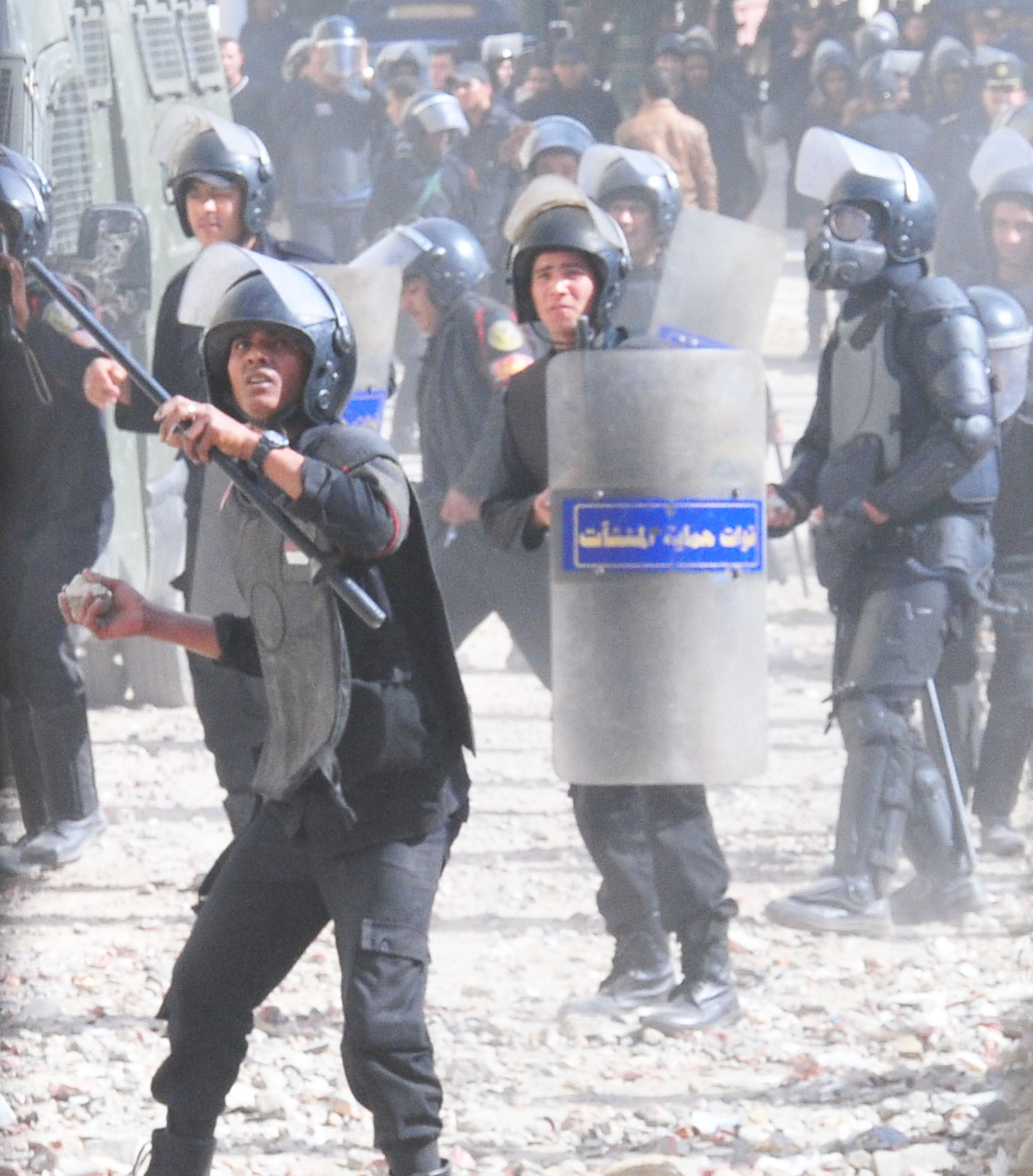 Violence continues on the Qasr El Nil Bridge and Garden city area in Downtown Cairo between protesters and Central Security Forces (CSF). Tear gas bombs are being fired, while both protesters and CSF hurl rocks at each other.

The police pushed the clashes back and forth between the bridge and Tahrir square using their trucks. Many protesters and civilians suffered from suffocation as a result of the effects of the tear gas.

According to human rights lawyer Malek Adly, around 65 people were detained at Qasr Al-Nil prosecution for four days pending investigation on Saturday and Sunday.

Both the nearby British and American Embassies have closed their gates today as a result of the clashes.

Meanwhile, the sit-in continues at Tahrir square. Protestors have built stages, and are calling for the end of President Morsy’s rule, as well as chanting against the Muslim Brotherhood and its Supreme Guide Mohamed Badie.

Clashes have been ongoing now for three days in Downtown Cairo between protesters and security forces amidst a series of violent incidents throughout the nation.