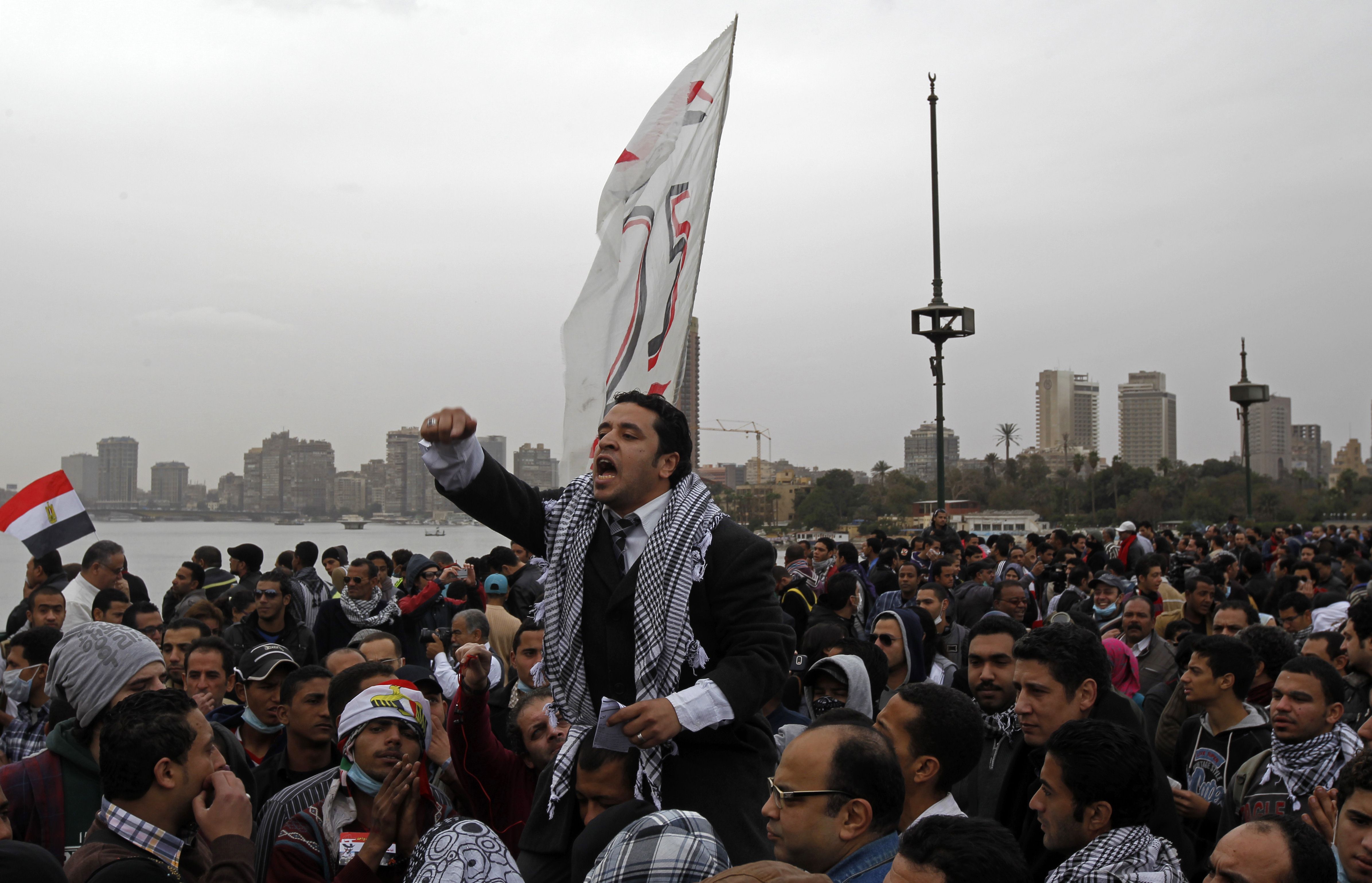 Security was heightened at the council to prepare against possible violence.

Clashes on Qasr Al-Nil Bridge continued into the evening with the entrances to the InterContinental Cairo Semiramis and Shepherd hotels being damaged in the ongoing skirmishes between police and protesters.

In Alexandria, thousands of protesters gathered for funeral prayers for those killed in Port Said, Suez and other Egypt governorates in the past few days. Protesters braved rain outside Al-Qa’ed Ibrahim Mosque and at Victoria Square.

In Kafr Al-Sheikh a march was organised by the Kefaya and 6 April movements from Al-Istad Mosque to the governorate’s general courthouse.

Shawky added: “Protesters threw eggs at the governorate building to show their opposition to  Al-Hossini.”

In Ismailia, a few hundred people took to the streets following Morsy’s announcement and clashed with police, an AFP correspondent reported. Six people were injured according to a medical source.