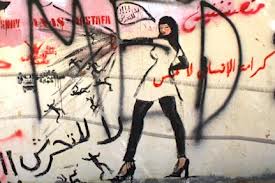 Numerous sexual assaults were reported in Tahrir Square on Friday, which included verbal harassment, groping, rape and one incident in which a woman was raped with a knife.

Tuesday’s press release was signed by several groups and organisations including The Egyptian Initiative for Personal Rights (EIPR), Harassmap, Nazra for Feminist Studies and El Nadeem Center for Rehabilitation of Victims of Violence.

OpAntiSH said there were “horrific sexual crimes committed against women in and around Tahrir square,’’ which included life-threatening violence in some cases.

Sexual harassment is now recognised as a serious social problem in Egypt, with feminist activists saying there is a pattern in sexual attacks in demonstrations.

OpAntiSH spokesperson says the attacks in the square were organised. “There is a repeated pattern in an organised way to sexually assault women, although sometimes regular men join the attack,” Zahra added.

The group expressed disappointment with revolutionary groups and political parties which called for demonstrations in Tahrir Square and “use the large turnouts for their political bargaining”, yet neglected to provide adequate security.

“We oppose sexual harassment and fight it inside the square to the extent that our members have been injured. We do not issue press releases in order not to deform the image of the square as we believe this is the goal of these attacks,” Moustafa added.

Heba Yassin, the media spokesperson for the Popular Current, said all revolutionary movements do their best to secure the square. “I haven’t witnessed any sexual harassment inside the square,” Yassin added.