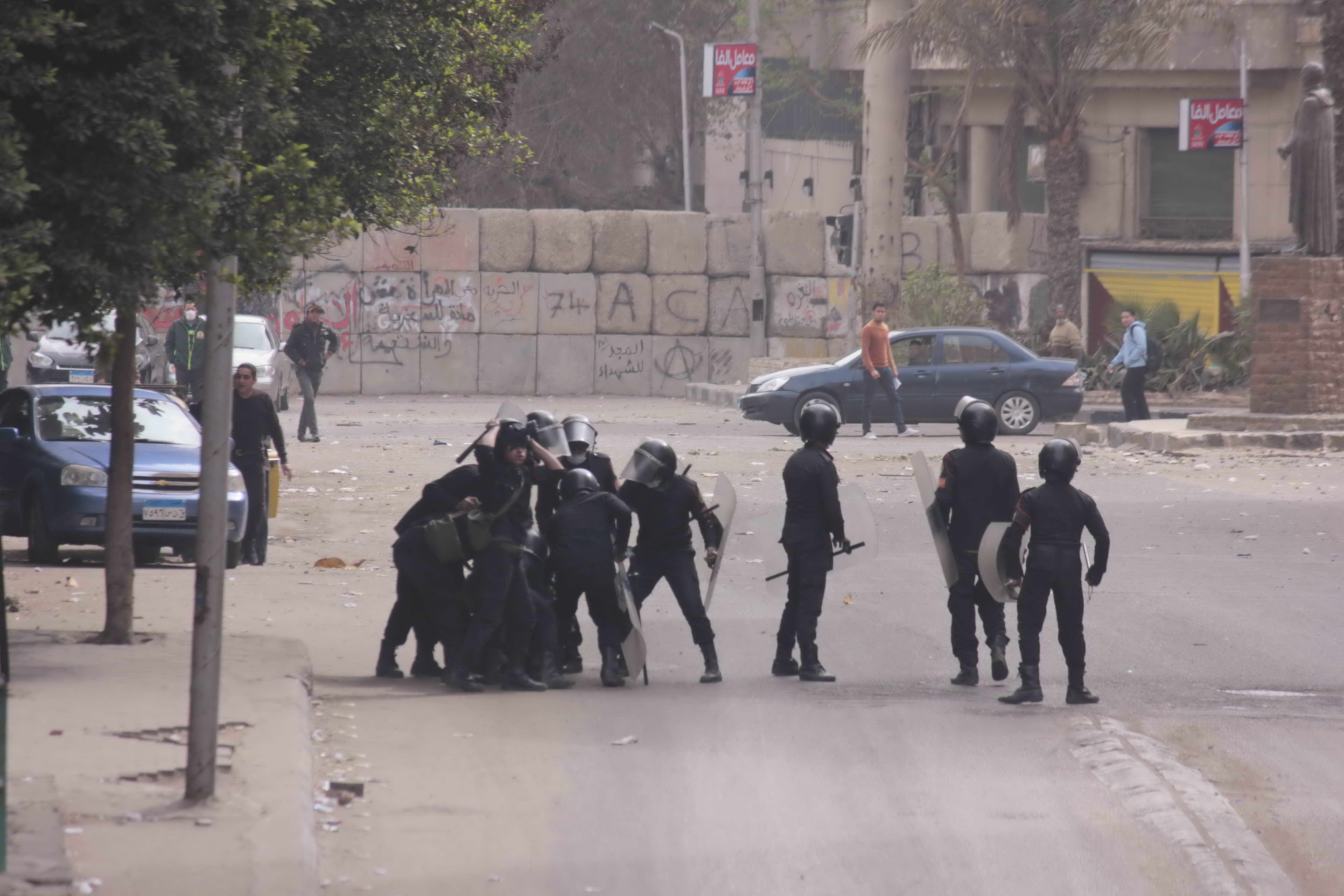 Forty-five protesters were arrested in Cairo Monday night amid ongoing clashes with the police. Among the arrested were 11 accused of attempting to burn down the Cairo Governorate Building.

Protests were staged outside the building Monday night, calling for end of President Mohamed Morsy’s rule.

“The police allege that two of the protesters were in possession of Molotov Cocktails when arrested,” said Ahmed Hassan, a lawyer at the Front for Defending Egypt’s Protesters. He added that the detainees denied the charges, claiming the Molotov cocktails were brought into the police station following their arrest.

Twenty-three detainees arrested on Sunday were released Tuesday from Al-Waily police station, said Rawda Al-Sayed, director of the legal support unit at the Arab Network for Human Rights Information (ANHRI). They were accused of blocking roads and assaulting public servants.

Three other detainees also arrested Sunday were accused of attempting to burn the Ministry of Supply and Social Affairs and remained in custody.

Political activist Mohamed Fahmy remained in jail after his investigation resumed Tuesday, his lawyer Amr Imam said. The judge delegated for his investigation ordered his release with an EGP 10,000 bail, only to have the decision appealed by prosecution.

Fahmy will remain in custody until his appeal is considered Wednesday.

A No Military Trials Movement member, Fahmy was charged with possession of a home-made firearm. He denied the charge.

Semiramis is located on Corniche El-Nile near Tahrir Square where protesters and security have repeatedly clashed since Friday.

In Alexandria, 28 detainees remained incarcerated after the judge postponed renewing their detention for a week. The detainees’ lawyer, Mohamed Hafez, said the decision lacks any legal basis.

All 28 were arrested on Friday and Saturday.