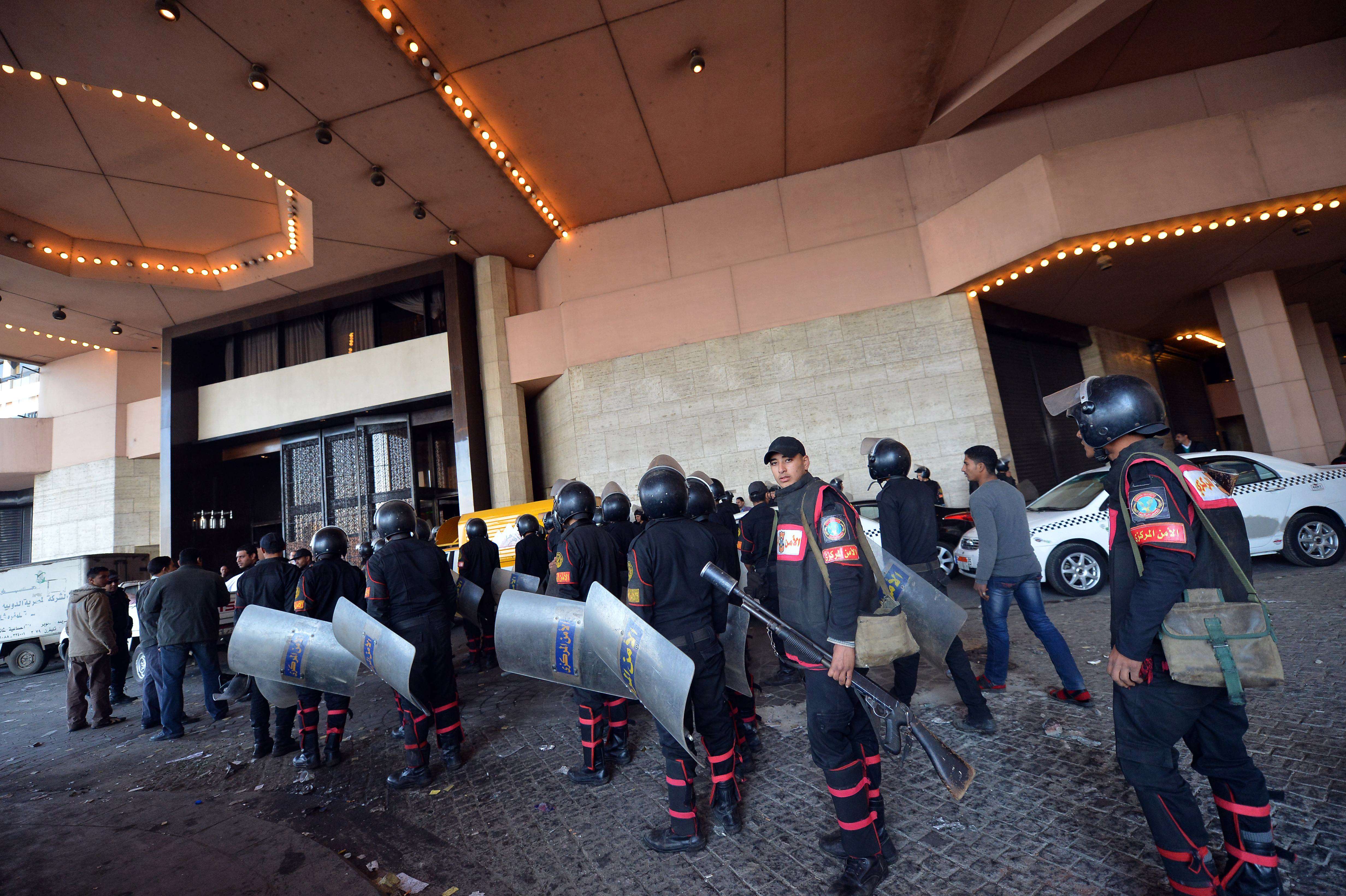 The protesters set fire to a number of tyres and trees, and prevented fire-fighters from extinguishing the fire according to state-owned Ahram.

Police used tear gas and warning shots to disperse the protesters, who used rocks and Molotov cocktails in response.

Ministry of Interior spokesperson Ahmed Menady said that 11 people were detained and transferred to Abdin Court, while No To Military Trial activist Mona Seif said they had been transferred to Waily Court.

According to state-owned EgyNews website, security measures increased on Tuesday to stop any further break-in attempts. The governorate building is working as normal.

Twenty four detainees are accused of blocking 6th of October Bridge, while 12 others were detained for breaking into Semiramis Hotel in Downtown, according to Ahram.

The Semiramis thanked both the revolutionaries and security forces who helped in restoring order, via their Twitter account. The hotel will be temporarily closed.

Meanwhile, clashes between protesters and central security forces on Qasr Al-Nil Bridge resulted in 27 protesters being detained. A march from Sayeda Zainab arrived at Qasr Al-Nil peacefully in order to get to Tahrir Square. According to eyewitnesses, violence erupted after security trucks ran over protesters.