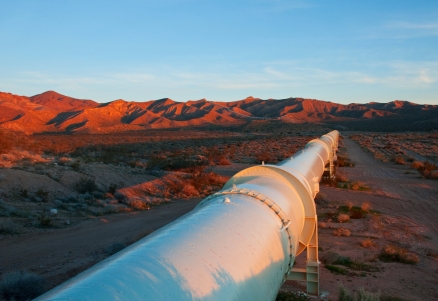 Egyptian officials abstained from giving the reasons behind the cut, while Jordanian officials linked it to the ongoing instability and the clashes that Egypt has been witnessing since last Friday.

A source at the Jordanian Ministry of Energy told Jordan Times on Tuesday: “There is a feeling that whenever anything goes wrong in Egypt, the first thing that goes are Jordan’s gas supplies.”

There has been no indication from the Egyptian government when gas supplies will return to normal levels, said the anonymous source, confirming that the Jordanian government is likely to demand compensations for the decrease in supplies.

The drop came one month after the meeting of the Organisation of Arab Petroleum Exporting Countries (OAPEC), during which plans were discussed between Egypt and Jordan to allow companies from the former to drill for oil in the latter.

Egypt has two liquefied natural gas (LNG) plants and a pipeline to export gas, but the government had rerouting some of the gas destined for exportation for local markets to bridge the energy deficit, which resulted in rolling blackouts in Egypt over this past summer.

These conditions, in addition to multiple pipeline bombings in Sinai, forced the halting of gas exports in mid-October of 2012.

In 2009, Egyptian gas accounted for 80% of the Kingdom’s electricity generation needs, a figure that decreased to around 18% in 2012.