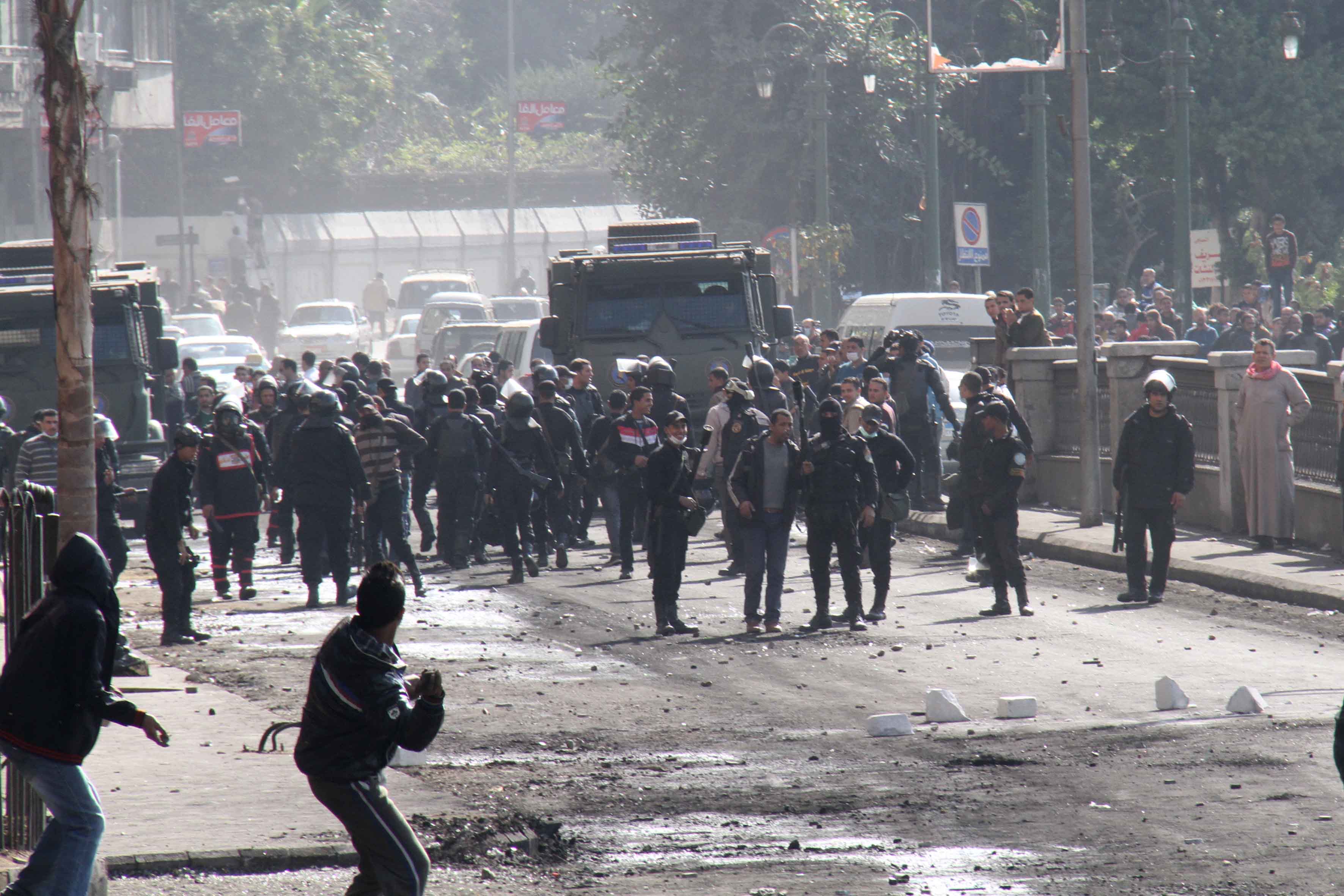 According to the source, a delegation of police officers met Minister of Interior Mohamed Ibrahim to request to be issued with live birdshot ammunition.

Police say they are being targeted with birdshot themselves, in addition to Molotov cocktails and thrown rocks, and are unable to protect important state institutions with tear gas alone.

Media reports claimed Ibrahim agreed to the officers’ demands, however this was denied by a security official at the ministry, who said the minister is still considering the demands.

However, dozens were killed and injured in violent incidents across Egypt during the past few days. Most of the deaths occurred in canal governorates, as more than 30 protesters died in Port Said while at least eight were killed in Suez. The violence coincided with protests on Friday marking the second anniversary of the January 25 Revolution, and further escalated on Saturday following the death sentence handed down to 21 defendants in the Port Said stadium massacre case.

The violence led also to the death of two police officers, Ahmed El-Balky and Ayman Abdel Azeem, who were killed on Saturday in Port Said, as they tried to prevent protesters from breaking into Port Said prison. Protesters attempted to break into the prison to free prisoners who received death sentences on Saturday.

On Sunday, central security officers demanded Ibrahim leave the funeral of the two police officers. The officers blamed Ibrahim for the death of their colleagues, saying the minister’s orders not to arm security forces with firearms prevented them from controlling the protests.