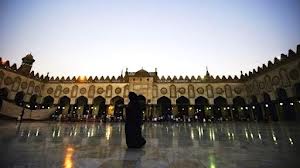 Political groups have agreed on Al-Azhar’s proposal to denounce violence and promote dialogue in a meeting Thursday morning.

The proposal was drafted by Al-Azhar in cooperation with various political groups. The meeting was attended by church representatives, figures from the Freedom and Justice Party and other Islamist parties and prominent figures from the National Salvation Front, the country’s largest opposition bloc, including Mohamed ElBaradei and Hamdeen Sabahy.

Grand Imam of Al-Azhar Ahmed el-Tayeb said dialogue is the only way to resolve political differences, adding that politics has nothing to do with violence and vandalism, state-run news agency MENA reported.

He urged political and religious groups and parties to denounced and criminalize violence to restore peace to Egypt’s political life.

A committee will be formed under the oversight of Al-Azhar to set the foundation and topics of a national dialogue, in which attending groups and parties will be equally represented without preconditions.

Over the past week, violence spread through Egypt, leaving dozens dead and hundreds injured. Port Said, Suez, and Ismailia witnessed the most violence prompting President Mohamed Morsy to announce a state of emergency and impose a curfew in the three governorates.

On the same night, Morsy called for dialogue which has largely been rejected by opposition.

ElBaradei changed his tone on Wednesday by calling an emergency meeting to hold “serious dialogue.”

Figures from the National Salvation Front had met with the Salafi Al-Nour Party representatives and agreed on several issues including the need to form a national coalition government and replacing the current Prosecutor General Tala’at Abdallah.