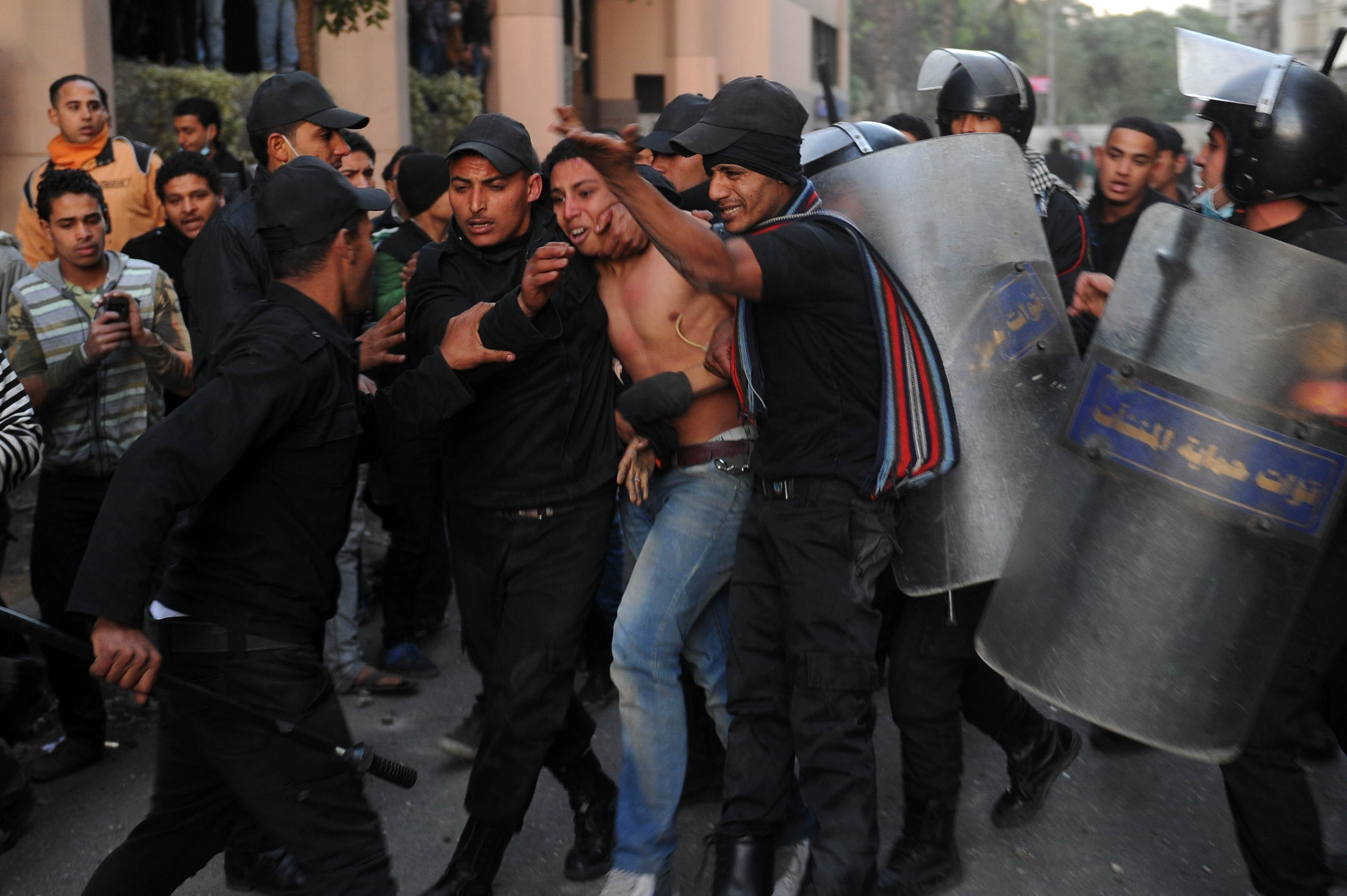 At least 25 detainees were referred to prosecution, Saturday, following their arrests on Friday during clashes between protesters and security forces.

Nationwide protests on the “Friday of Departure” turned violent in Cairo as clashes erupted near the presidential palace and in the vicinity of Tahrir Square.

The El Nadeem Center for Rehabilitation of Victims of Violence and the Arab Network for Human Rights Information (ANHRI) stated that 13 detainees were referred to investigation at Heliopolis Court. All were arrested during the clashes between protesters and security forces outside the presidential palace.

A further twelve were arrested near Tahrir Square, including Mohamed Sabry, a journalist at independent newspaper Al-Youm Al-Sabei. They were all referred to the Qasr Al-Nil prosecution on Saturday.

Sabry was allegedly accused of being a Black Bloc member, said Rawda Al-Sayed, director of the legal support unit at ANHRI.

Security forces had arrested 18 civilians whom they referred to as “criminals”, reported state-owned Al-Ahram. The 18 detainees were accused of throwing rocks and Molotov cocktails at the policemen present in the vicinity of Tahrir Square. They were also referred to investigation on Saturday.

Charges against the detainees will not be known until investigations begin.

Six more were arrested for burning the Qasr Al-Dubara School in Simon Bolivar Square, near Tahrir Square, reported Al-Ahram. The detainees reportedly attempted to torch the school with Molotov cocktails on Saturday at dawn.

Mass arrests have been taking place nationwide since protests marking the second anniversary of the 25 January Revolution. A confirmed total for all those arrested is unavailable, but political activist Ahmed Atef claimed at least 299 have been arrested in Cairo alone.