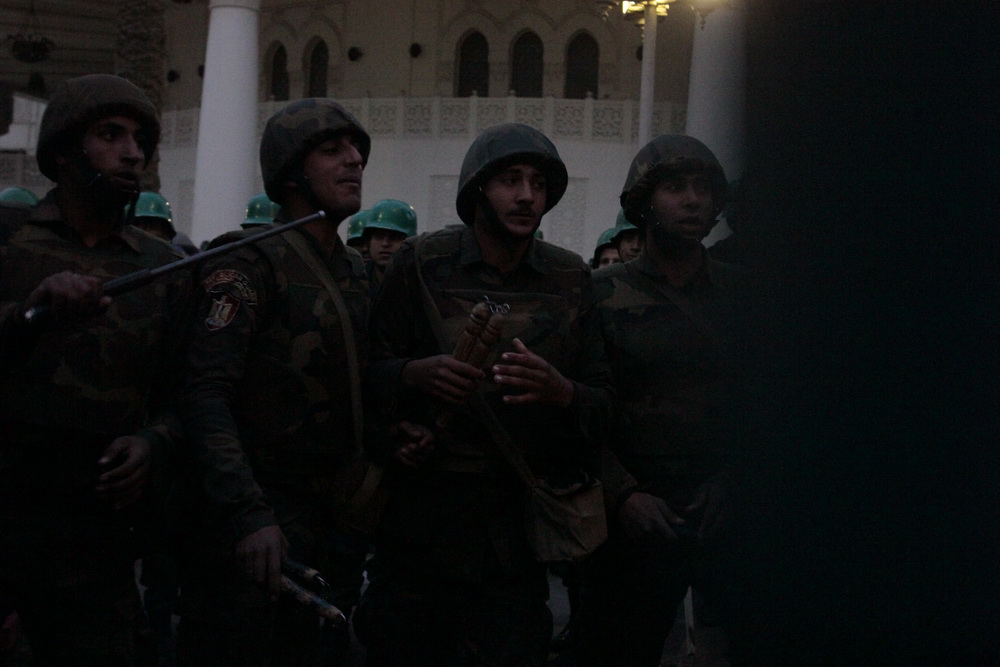 At least a dozen protesters were injured as a result of violent clashes in Kafr Al-Sheikh on Saturday. There were also skirmishes in Daqahleya and Minya, with no reported injuries.

In Kafr Al-Sheikh, which has been witnessing clashes over the past week, Friday saw the governorate’s most violent clashes so far. Mahmoud Torky, a member of Al-Dostour Party in Kafr Al-Sheikh, said security forces chased people into the side streets and arrested some who were not involved in the protests.

Ahemd Ashour, a lawyer representing the arrested in Kafr Al-Sheikh,  said around 10 people were arrested on Friday alone. “They were arrested randomly, they arrested a cleaner at a local coffee shop and a passerby,” he said. Ashour stated that 25 had been arrested during clashes on the previous three nights.

He said that those arrested in clashes on Friday night were tortured.

Ashour added that many people were injured during the clashes but many of the injured refuse to go to hospital because two people were handed to the police at the general hospital. He said that the injured seek treatment outside the hospital due to fear of getting arrested. State-run news agency MENA reported 13 injured in Kafr Al-Sheikh on Friday night.

Ashour said that one of those arrested last night was a lawyer who was “tortured, beaten, and framed for possession of a weapon.”

In the governorate of Minya police thwarted an attempt to storm into the Muslim Brotherhood’s headquarters, MENA reported. This came after clashes where police fired tear gas at protesters and protesters threw rocks at the police.

At least three people reportedly in possession of Molotov cocktails were arrested in Mansoura, Daqahleya. Protesters had blocked a major road and the railway during the Friday protest.

Opposition forces had called for nationwide protests dubbed “Friday of Deliverance.” At least 100 people were injured nationwide as a result of clashes.