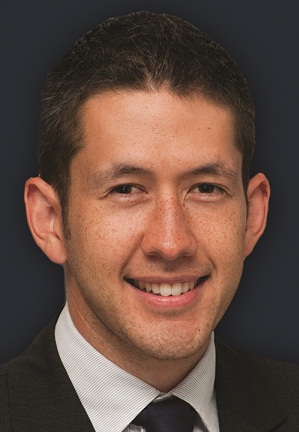 Despite an uncertain political climate and a sluggish economic recovery, the long-term prospects of Egyptian banks are attracting attention from their Gulf counterparts. Two recently announced acquisitions have brought the sector back into the headlines on a positive note, helping offset a recent ratings downgrade. While the transactions also represent the exit of two European banks looking to shift focus back to their core markets and reduce risk, the investments by major Gulf players indicate their confidence in the sector’s future.

International press reported on 13 December that Qatar National Bank (QNB) had agreed to buy a majority stake in National Société Générale Bank (NSGB), the Egyptian unit of Société Générale (SocGen), France’s second-largest bank by market value. QNB will acquire SocGen’s 77.2% share of NSGB for $1.97bn, although the value of stakes in some of its local subsidiaries may bring SocGen’s earnings from the sale as much as $2bn.

The purchase allows QNB to use some of its excess capital and the acquisition is in line with the bank’s strategy of expanding in the Middle East and Africa. The transaction values NSGB at $2.56bn overall, which is twice its book value as of the end of September 2012.

NSGB is the second-largest privately owned lender in Egypt, with assets of EGP 63.3bn ($9.6bn), a loan book totalling EGP 36.1bn ($5.5bn) and around 160 branches. QNB, meanwhile, is the biggest bank based in a GCC member state and is 50% owned by the Qatar Investment Authority, the country’s sovereign wealth fund.

That the NSGB acquisition is QNB’s biggest in its 49-year history is indicative of its importance. The size of the transaction is a vote of confidence in Egypt, as well. Although some analysts had expected the price-to-book ratio to be higher, it was probably affected by the uncertain political situation and slow short-term growth.

On 20 December, just days after the NSGB deal was announced, Emirates NBD (ENBD), Dubai’s biggest bank by assets, announced that it would be acquiring the Egyptian subsidiary of BNP Paribas, another French bank. ENBD, which is 56% owned by the government of Dubai, is looking to increase its presence abroad, particularly as it seeks to offset slower growth in the UAE market.

ENBD will pay $500m for the 95.2% of BNP Paribas Egypt held by the parent bank and then look at acquiring the remaining 4.8%, which is owned by minority shareholders. The transaction came in at 1.6 times book value, a relatively low ratio that again reflects Egypt’s political risk.

According to S&P, the increased polarisation between political groups will make it harder for the government to manage economic policy, including the achievement of a sustainable budget position and balanced growth. While state-owned banks are obviously more susceptible to government and budgetary instability than the private sector, the banking system as a whole has been affected by Egypt’s heightened risk, which acts as a drag on overall economic growth.

Still, QNB and ENBD’s long-term investments in Egypt represent international confidence that the country will show growth in the long term and that more of its citizens will take up banking services. Currently, the country is under-banked, particularly in the small and medium-sized enterprise sector. These two banks are also likely to serve Gulf investors moving into Egypt in the wake of the revolution. Qatari companies, including government-linked firms, have been particularly active.

The IMF predicts growth in Egypt of 3% this year, higher than in 2011 or in 2012 but well below the rate needed to generate the universal real income increases and jobs that Egyptians are seeking. But if Egypt can address its substantial political and economic challenges, QNB and ENBD’s investments may seem like a bargain.