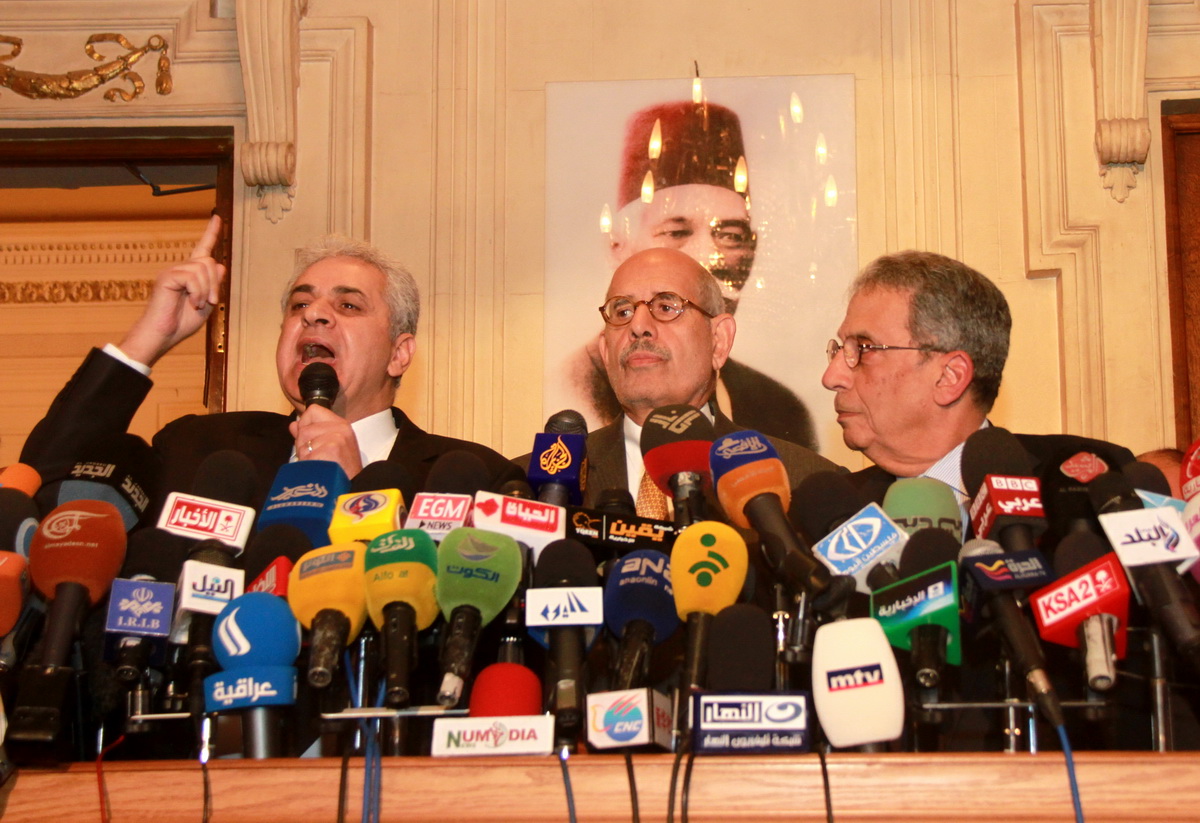 The National Salvation Front (NSF) issued two statements Friday evening denying it was involved in the ongoing violence that has affected several governorates in Egypt, including the clashes at the presidential palace in Cairo.

The statements were made in reaction to the violent crackdown on protesters, as well as accusations made by the presidency and the Muslim Brotherhood which claim they have proof the NSF has been orchestrating the violence.

The presidency released a statement saying that political forces that may have incited the violence in front of the presidential palace “bear full political responsibility”.

“We can only express our condemnation in full of these charges, which we see as an extension of the irresponsible presidential policy,” the NSF’s first statement read. The statement also criticised the president’s constitutional declaration made last year, which the Front said was irresponsible and threatens the unity and security of the country.

“We are not surprised that the presidency is hurling such accusations at the opposition forces,” the statement read, arguing it is the government’s decisions and actions that have plunged the country into chaos.

The second NSF statement reaffirmed the opposition group had “no connection at all with the riots and violence that broke out suddenly in front of the presidential palace”. The demonstrations organised by the NSF which started after Friday prayers were “peaceful and were not involved in any riots”, it also said.

The NSF also demanded security services disclose information on those involved immediately and security forces show the “utmost restraint and commitment to the law to protect protesters’ lives and to avoid more casualties”.

Reiterating previous statements, the NSF said it clearly and explicitly condemns violence and assault on public and private property, committing rather to peaceful demonstrations.

To the NSF, it is the Muslim Brotherhood and President Mohamed Morsy who should bear responsibility for the state of anger that has gripped the nation over the past few months.

“The president and his group insist on ignoring the legitimate demands by the majority of Egyptian citizens to form a national rescue government, to form a committee to amend the constitution, to dismiss the Attorney-General,” and to investigate the reasons behind the violence that has been ongoing since last Friday.

The group also said the presidency has deliberately ignored calls by the people to codify the Brotherhood, who are not legally registered as a group by the state.

Amr Moussa’s Congress Party also released a statement on Friday in which they called for protesters around Egypt to show the utmost restraint and to protest peacefully. The former presidential candidate also called on the government to protect protesters and to ensure their rights are not violated, adding that it is the government’s responsibility to protect its citizens as well as public property.

“We do not want bloodshed, and we do not want destruction, but we want freedom of expression and we want democracy,” Moussa said. “We want efficient management and we want a respectable state.”