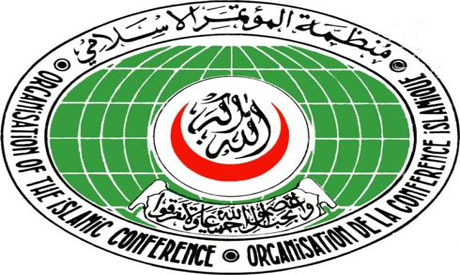 A number of officials from the Organisation of Islamic Cooperation met this morning in Cairo in preparation for the group’s 12th conference, hosted in Egypt’s capital, Cairo, and scheduled for 6-7 February. The conference, which will be attended by 26 heads of state, is titled: “The Muslim World: New Challenges and Development Opportunities.”

The Egyptian delegation will be led by Amr Ramadan, deputy assistant to the foreign minister for non-alignment affairs, Islamic cooperation and international agencies.

The foreign ministers of member states will next meet on Monday and Tuesday in a hotel in Cairo to discuss the itinerary for the conference and the content of concluding statements given by each country’s representative.

The organisation will discuss six issues: Israeli settlements in Palestinian territories; foci of conflict in the Muslim world; ways to combat the denigration of religions (particularly those associated with Islamophobia); issues related to humanity and human rights in the Muslim world; economic and commercial cooperation and development between member states; and, finally, ways to develop technological and educational cooperation between states.

The conference will also discuss the Syrian crisis,  in addition to the conflicts in Somalia, Afghanistan, Sudan, and Jamu-Kashmir. These crises will be discussed as part of the “foci of conflict in the Muslim world” series.

The Israeli-Palestinian issue will also be discussed, in addition to the need to nominate a new secretary general for the organisation after Ekmelelddin Ihsanoglu’s term ends at the end of this year.

President Mohamed Morsy is scheduled to accept the nomination of Senegal’s current president as head of the conference for a period of three years, during which time Djibouti will take up the presidency of the cabinet.