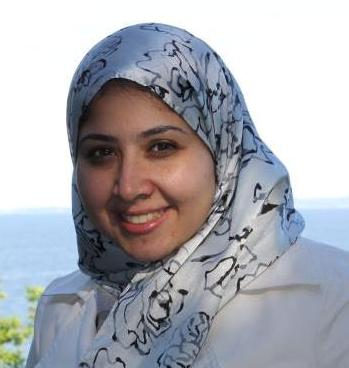 They kept repeating the clip in front of me for more than five subsequent times. I starred at the pixelated screen. But it was still okay. The viciousness was clear enough for me. I could see the legs kicking him in the back, sticks hammering him on his head, hands dragging him from his legs and stripping him from his clothes. I mumbled and told myself: “Yes, I remember this quote: a picture is worth a thousand words.”

Hamda Saber, an Egyptian painter, made headlines after being beaten by about five Central Security Forces officers in front of Itihadiya Palace. Everybody was talking about the brutal display of abuse, expressing sympathy and grief for the Saber. While airing the clip, CNN displayed a warning that the images were unsuitable for those under 18.

Hamda doesn’t seem to be one of those revolutionaries or youthful political activists. Before he was identified by investigators, I could see that he is one of those Egyptians who strive to feed hungry mouths at home. After the clip was aired across Egyptian media, nobody knew the man’s fate. Personally, I thought he would probably be facing the same scenario of Emad Al-Kabir. He was a microbus driver who was seen in a similar video clip sexually assaulted by a police officer inside a police station in 2006. The video showed Al-Kabir stripped from his clothes, begging for mercy as he was being sodomized with a cane. I asked myself: “Was Hamda taken to a police station as well?”

The next day, Hamda managed to make the front page again. But this time, the news was really beyond belief for me; he denied all the beatings, saying security forces didn’t beat me. “They were trying to rescue me from the beatings of protesters. The Ministry of Interior are standing by my side.”

Hamda had gone to the police hospital to receive treatment. But apparently, Hamda received a refreshing brainwash as well; he is now convinced that he was beaten by protesters, not security forces. In an interview, he said: “I told them the truth. It was the protesters who beat me, not the forces. I have tired the security forces actually.” Do you want to apologize to them as well? Why haven’t you said a big “sorry” to the Ministry of Interior?

Two Egyptian anchors at CBC and Al-Hayah satellite channels claimed Saber was offered a job from authorities. The Minister of Interior said he is waiting for Saber’s recovery to invite him to his office for an official apology on behalf of the ministry, also promising him a job.

I can’t blame the poor man though. He might have been offered a job, a good financial compensation or maybe an apartment as well. Who knows?  The fear to say the truth is a signal of extreme oppression and humiliation planted in the hearts of many weak Egyptians.

Does he think the audience will believe him when he says he was beaten by protesters? I thought to myself: “If a citizen would sell his vote for a bottle of oil or a pack of sugar, he would be ready to even strip himself completely naked for a good job and some good money.”  The hunger, the poverty and the inhumane living conditions could thrust an underprivileged father to apologize, kiss the hands and bend on his knees in front of authorities.

I wish Al-Kabir would show up today and remind us that nothing on earth can pay the price of a person’s dignity. If there is truth to Saber’s financial offer in exchange for sealed lips regarding the beating, then he will have humiliated us all by telling us that our eyes are blind and that our minds are stupid.

Only a few hours after Hamda’s denial, a similar video of the same brutal group of security forces was aired. In this clip, a girl is seen coming out of the same security vehicle where Saber was taken, grabbed from her hair by five security officers. The clip, though shorter than that of Saber, shows the girl being humiliated in a similar way. What happened inside the vehicle? I doubt they offered her tea. Or am I wrong, Mr. Hamda? Tell us. You have been inside that vehicle before.

I am awaiting for the other story of the girl, whom we know nothing about up to this point, but even if she didn’t show up for investigation or in media, her presence in the same scene proves to me that our eyes are not blind and our minds are not stupid.