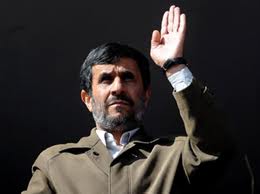 Iran’s president Mahmoud Ahmadinejad is scheduled to visit Cairo next week to attend the 12th session of the Organisation of Islamic Cooperation (OIC). His visit to Egypt will be the first for an Iranian leader since 1979, when Iran’s revolution deposed the Egyptian-backed Shah Mohamed Rezla Pavlavi.

Since coming to power, President Mohamed Morsi has made efforts to improve relations with Iran. In August 2012, Morsi travelled to Iran in order to participate in the Non-Aligned Movement summit.

The OIC has 57 member states, and is considered the unified voice for the Muslim world, although India, despite having 10% of the world’s Muslim population, is excluded from the summit due to strained relations with Pakistan.

The 12th summit is titled “The Islamic world: New challenges and growing opportunities.” According to the State Information Services (SIS), member states will be discussing a broad range of issues including tackling Islamophobia and boosting scientific and technological cooperation between Islamic countries.

Also on the agenda is the conflict in Mali, Jewish settlements in Palestine, and the Syrian crisis, according to SIS. Sudan’s ongoing peace process with South Sudan, Somalia’s counter-insurgency and recovery, as well as the current state of Afghanistan, are all also expected to be hot topics during the summit.

According to Assistant Foreign Minister Amr Ramadan Current, the summit will also discuss some of the conflicts and the humanitarian situation in the Islamic world, as well as the enhancement of economic cooperation among member states.

A total of 46 member states have confirmed participation, with 26 heads of states, including Ahmedinejad, personally attending.

Egypt will be taking over chairmanship of the OIC from Senegal, which last hosted the summit.