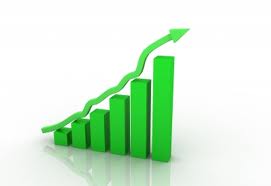 The stock market witnessed a positive performance in the beginning of the week despite weekend clashes around the Itihadiya presidential palace.

EGX 30 closed last week at 5.606 points amid concerns about the potential effects of Friday’s events.

Mohamed Saad, lead analyst with Naeem Holding, said: “The uptrend is normal, the stock market is no longer affected by political events.” He added that “ the index kept the sideways movement between the 5500 and 5700 point level, if we succeed in breaking the 5735 resistance level, we will move higher to reach the 5800-5900 point level.”

“The transaction amounts were around EGP 432 million which is quite reasonable, and the overall performance was positive,” continued Saad optimistically. “We will wait till the end of the week to better assess the situation.”

The head of technical analysis at Pioneers Brokerage, Mohamed Younis explained the positive performance of the market: “People were expecting the situation to be very bad on Friday, but when it turned be out to be less serious than expected it reflected positively on the market.”

Younis expected the uptrend movement to continue till Monday or Tuesday at the latest before the market slid into a downturn, noting that the up and down movements constitute a sideways movement from the support level of 5500 points to the resistance level of 5800-5900 points.

Of the 170 listed companies who traded on Sunday, 148 achieved gains, 9 suffered losses, and 13 remained unchanged. Among the top gainers were Delta Construction & Rebuilding rising by 9.91%, Paper Middle East (SIMO) by 9.88% and Arab Aluminium by 8.93%. The most shares with most significant declines were East Delta Flour Mills, falling by 6.18%, and Alexandria Pharmaceuticals, which fell by 2.64%.