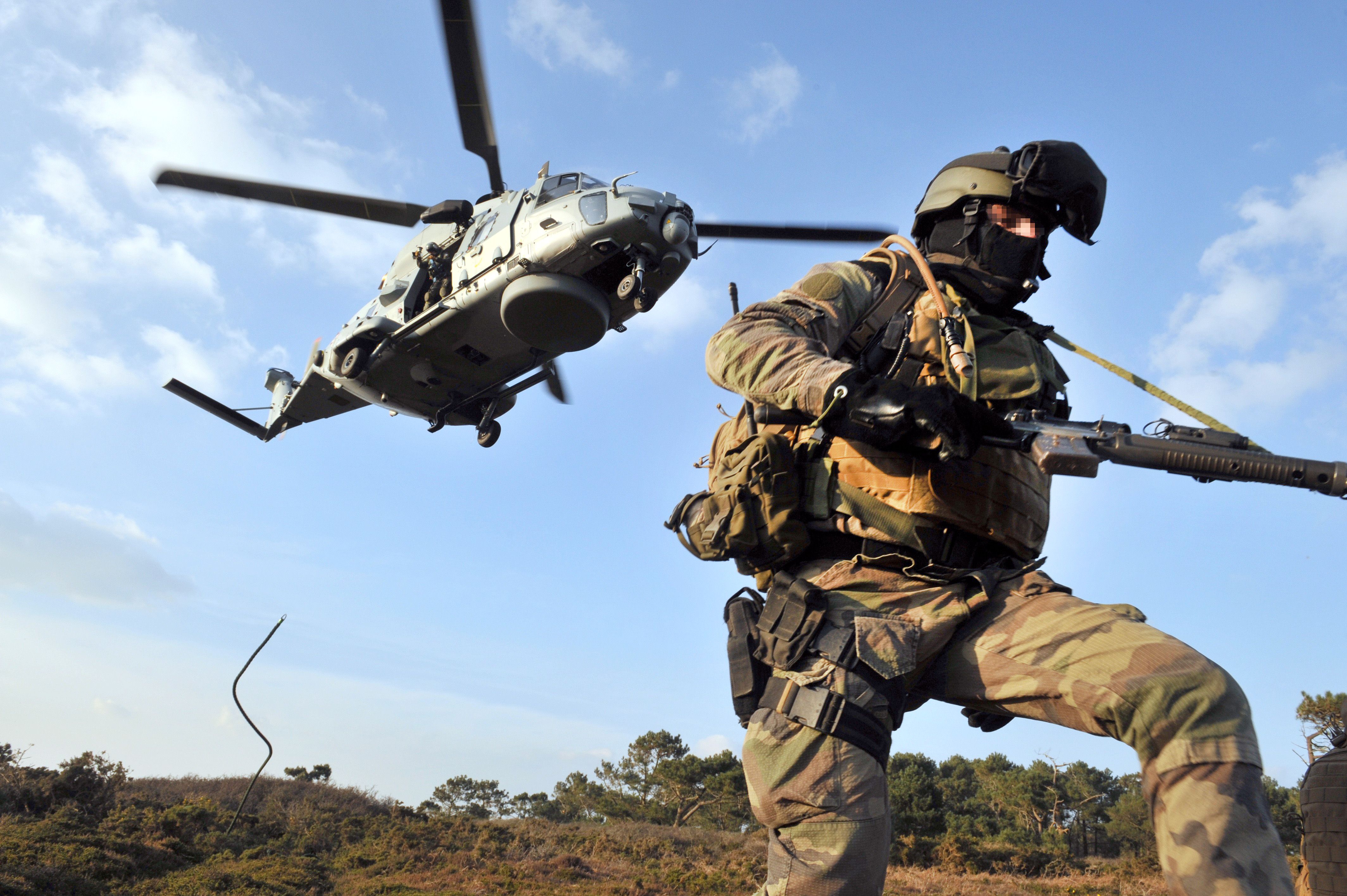 GAO, Mali (AFP) – French fighter jets pounded Islamist supply bases in northern Mali to flush the insurgents out of hiding as Paris pushed on Monday for African troops to quickly take over the offensive.

Dozens of French warplanes carried out massive air strikes on rebel training and logistics centres in the area around their last stronghold of Kidal over the weekend in the mountainous northeast of the landlocked county.

“They have taken refuge in the north and the northeast but they can only stay there long-term if they have ways to replenish their supplies. So the army, in a very efficient manner, is stopping them from doing so.”

The extremist fighters who controlled northern Mali for 10 months have fled into the Adrar des Ifoghas massif in the Kidal region near the Algerian border, after being driven from most of their strongholds by the three-week French-led assault.

They are believed to be holding seven French hostages with them, complicating the operation.

Algeria has beefed up its positions on the border to prevent “the infiltration of terrorist groups,” Mohamed Baba Ali, a member of parliament from the southern town of Tamanrasset, told AFP.

“When a state falls apart it takes time to put it together again, like Humpty Dumpty,” said a senior official speaking on condition of anonymity.

“The jihadists are determined,” he said. “It’s going to take years to achieve the end outcome. But I hope it will only take months to achieve a secure enough environment.”

After successfully reclaiming the key towns along the Niger river last week, the French-led troops, joined by Chadian soldiers, have been working for nearly a week to secure the remote desert outpost Kidal.

France is eager to pass the baton to some 8,000 African troops pledged for the UN-backed AFISMA force, still deploying at a snail’s pace, after sweeping to Mali’s aid on 11 January as the Islamists threatened to advance south towards the capital Bamako.

“We want to be rapidly relieved by the AFISMA African forces in the cities that we hold,” the French foreign minister told France Inter radio.

US Vice President Joe Biden, after meeting with French President Francois Hollande in Paris, backed that demand and said the United Nations should make the African mission a formal UN peacekeeping operation, plan UN officials say they are pushing forward.

Despite being keen to share the military burden, Hollande vowed during a visit to Mali on Saturday that he would not abandon the country to chaos.

“France will stay by your side as long as necessary, as long as it takes for Africans themselves… to replace us,” he said.

— ‘Difficult for people to get enough food’ —

Al-Qaeda-linked groups seized control of the bow-tie shaped nation’s vast northern triangle in the wake of a coup in Bamako in March last year.

The Islamists initially allied with Tuareg rebels — fighting a decades-old battle for independence of land where they have lived as desert nomads for centuries — but quickly cast them aside and imposed a brutal version of Islamic law.

Northern residents have celebrated throwing off the shackles of harsh Islamist rule, but are facing food shortages as Arab and Tuareg traders flee reprisal attacks against light-skinned Malians accused of backing the Islamists.

Britain-based aid group Oxfam said fighting had severely restricted traditional trade routes. If the traders do not come back soon, it warned, markets will likely not be properly stocked and food prices will stay high.

This comes on top of a crippling food crisis which has put an estimated 18 million people at risk of starvation across the Sahel, an issue which has rarely made headlines even during the Mali conflict.

The International Red Cross said despite the retreat of the Islamists, residents who had fled fighting — estimated by the UN at over 350,000 — were hesitant to return home, with only 7,000 in central Mali returning so far.