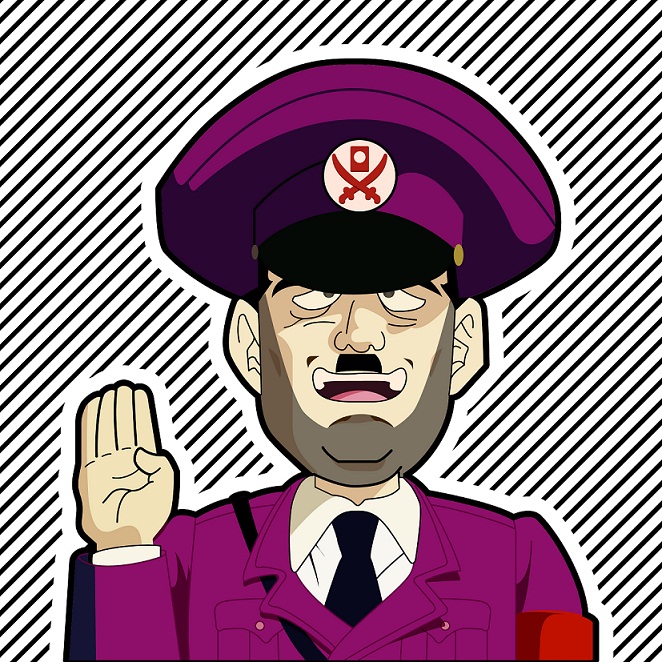 The Egyptian revolution meant not only a resurgence of the political scene in Egypt and the Arab world, but also the birth of a new kind of art. From the earliest days of the revolution people witnessed the colouring of the streets with slogans, revolutionary words and even poetry in the art form known as graffiti. Months later, the art transformed into another genre: political memes.

Designers and visual artists monitoring the political scene take famous comic quotes or commentaries and develop them into graphics. This form of art spreads through the internet, and Tumblr is one site frequently used.

Tumblr is a social media website based on the sharing of images, although one can also share text and videos. On the World Wide Web, Tumblr is the hipster of social media websites. Unlike Facebook or Twitter, it is used primarily by those who are artistic or creative. With the spark of the revolution, Egyptian Tumblr underwent a huge change.

Before January 2011, people shared dim black and white images of Om Kalthoum and Abdel Halim. Afterwards, people began to share graffiti snapshots and political memes portrayed in drawings, illustrations and repetitive gifs. The Bassem Youssef show proved a fertile ground for such memes to develop, in addition to the jokes created by protesters and citizens.

One visual artist, Mohamed Gaber, also known as @gue3bara, said that for his Morsillini illustration (shown here), “the most inspiring source was Morsi himself; a hilarious muppet that inspires me every time I watch him on TV”.  This work was also inspired by a Japanese Manga character, a figure he combined with Morsi to produce Morsillini. His work depends on “strong graphics carrying political messages for political and social awareness.”

Gaber uses Flicker and Twitter to share his work instead of Tumblr. He considers it a good website for inspiration, but one of the drawbacks is that “you do not find its content listed in the search results”. He also considers Tumblr to be a closed society, while Twitter and Facebook enable him to archive his work.  He has been basing art on political themes since 2007, but some of his older work such as Be with the Revolution became popular after the revolution.

The political aspect of life has become an integral part of every citizen’s life since 2011, and it is only natural that it seeps into our art, self-expression, and everyday life.  People not only stumble upon political works of art, but also seek them out. They share art on social media websites, hoping that visual artists can express their thoughts in a way that they are unable to do themselves- in images.