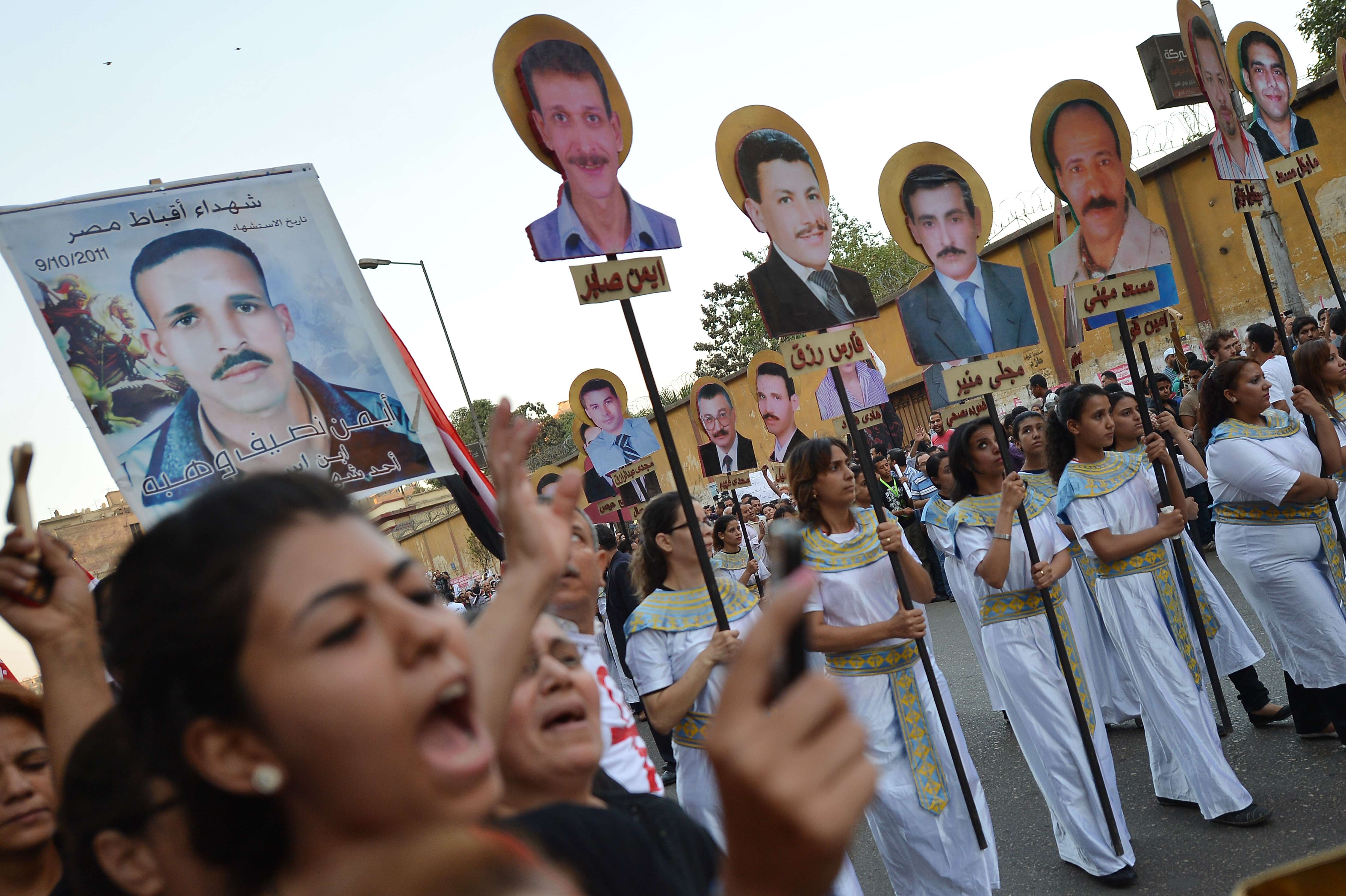 The North Cairo Criminal Court has sentenced two Copts to three years in high security prison for stealing weapons from the military in October 2011.

Investigations showed that Michael Naguib and Michael Shaker were found in possession of military firearms, state-run MENA reported. MENA stated that Naguib had confessed during investigations and that he had intended to hand the weapon over to the authorities.

The prosecution demanded that they are handed the maximum sentence allowed by the law.

Naguib and Shaker are accused of stealing the weapon during the deadly clashes that took place outside Maspero on 9 October 2011 and which left 27 protesters dead at the hands of the military. At least 200 were injured as a result of the clashes. The incident came to be known as the Maspero Massacre.

After the violence, a number of citizens were investigated for incitement against the army and terrorising citizens. Aziza Al-Taweel, their lawyer, said they were investigated by a military judiciary and that their case was then referred to the State Security prosecution, which is also extrajudicial.

The defendants included Alaa’ Abdel-Fattah and Priest Felopateer. Abdel-Fattah garnered public sympathy when he refused to be questioned by military prosecution.

Al-Taweel said that among the defendants only Naguib and Shaker were separately accused of possession of weapons. She does not defend these actions.

Madgy Sabry, the vice-chairman of the Maspero Youth Coalition formed after the massacre, said that lawyers from the coalition are filing for appeal. He believes Naguib and Shaker have been framed. “No one would dare take over weapons,” he said.

The Maspero Massacre took place after a predominantly Christian peaceful march from Shubra to Maspero, the state-run Egyptian Radio and Television Union (ERTU).

No top-ranking military officials were held responsible for the massacre, and, to date, only three soldiers have been convicted. The families of the dead feel that they have still not seen justice.

In October 2012, protesters conducted a procession in memorial of the dead, following the same route protesters had taken a year ago.