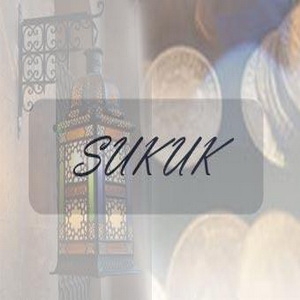 Sak (singular), sukuk (plural): as stipulated in the project law endorsed by the Freedom and Justice Party (FJP) and Al-Nour Party, a financial instrument representing a common share in the property of assets, facilities or services pertaining to a certain project, specified in the offering bulletin and in compliance with Islamic Shari’a.

What is the difference between the sak and the stock?

After the end of a certain time span, the value of the sak is returned to the owner.

What is the different between sukuk and bonds?

Sukuk are offered under various Shari’a-compliant contracts that differ according to the nature of the project.

The first kind of sukuk is called beyou’, or sales. According to this type of contract, the investment manager can finance the purchase of an asset through sukuk, and then sell it to the borrower who will repay the debt over an agreed period of time. This kind of Sukuk is the only one that cannot be traded in the stock market because they consist of debts, and debts can’t be traded according to Islamic Shari’a.

Estesna’:  derivate of the word sena’ (industry), sukuk issued with the objective of building a factory or an industrial unit.

Salam: a forward contract allowing the owner of a certain asset to sell a product expected to be available in the future in the present time. For example, if the government owns a petroleum well, it can sell in advance the oil barrels that are expected to be extracted from the well, with prices agreed upon beforehand.

Morabha: derivate of rebh (profit), contracts stipulating the purchase of a product, selling it to a certain entity, and then distributing the profits by the percentage of shares. For example, buying wheat from the international market and selling it to the government.

In the second type of sukuk, there are the mosharka and modarba . According to these contracts, the holder becomes a partner with the issuer of sukuk, whether the issuer is a government or a private entity.

Mosharka:  or partnership, Sukuk issued in the aim of expanding an already existing project, and result in the splitting of profits according to shares percentage.

Modarba (speculation): the investor gives money to an investment manager, to put it in one or more projects, and they split the profits.

The third type is the egara (rental) contracts, they are close to the traditional Build Operate Transfer (BOT) projects. Using this contract, an investor can issue Sukuk to finance the construction of a public utility and rent it to the state for a certain period.

The fourth type is related to investment funds. These sukuk are pooled together and invested by a fund manager for a defined period of time, after which the owner reimburses the investors.

The project law that is expected to be approved on Wednesday by the cabinet says sukuk can be issued by the government, corporations, companies, banks or international institutions.

There are equivalent projects in Arab and Islamic countries that have many similarities, the first being issued in Malaysia in 1983.

Criticism to the proposed project law is twofold. The jurisprudential studies committee in the Islamic studies congregation affiliated to Al-Azhar has repeatedly rejected the law describing it as harmful to the economy and the country’s national security.

The committee also considered the law to be detrimental to the rights of future generations because it would allow the ownership of sukuk by foreigners and would open the door for the manipulation of fixed assets without real regulation.

This argument has since compelled the supporters of the law to remove the word “Islamic” from the law’s title in order to escape Al-Azhar jurisdiction.

Galal Amin, a prominent economist, also criticised the law describing it as a gate to sell public utilities. He expressed his doubts over the hasty and sudden introduction of sukuk, suggesting that it may have been dictated by the International Monetary Fund (IMF) as a stipulation to receiving monetary aid.